Long periods of growth in the world, followed by a creeping in of greed, have normally caused previous stock market ‘tumbles’. This time, however, something completely unprecedented has caused it, wiping large fortunes from people’s pensions and savings, for the short term at least.

This latest situation is another great example of the fact that no one really knows what lurks around the corner. Investment managers may be clever people, but it’s simply impossible to accurately predict the timings of markets taking a tumble when events such as this take place.

‘Investing is for the medium to long term’ is something you will always hear about from people like myself. If you have a time horizon that’s very short, it’s normally fraught with danger; investments need time for you to reap their rewards. So my question is, how has the world faired on this front over the last century, and what we can learn from the past? 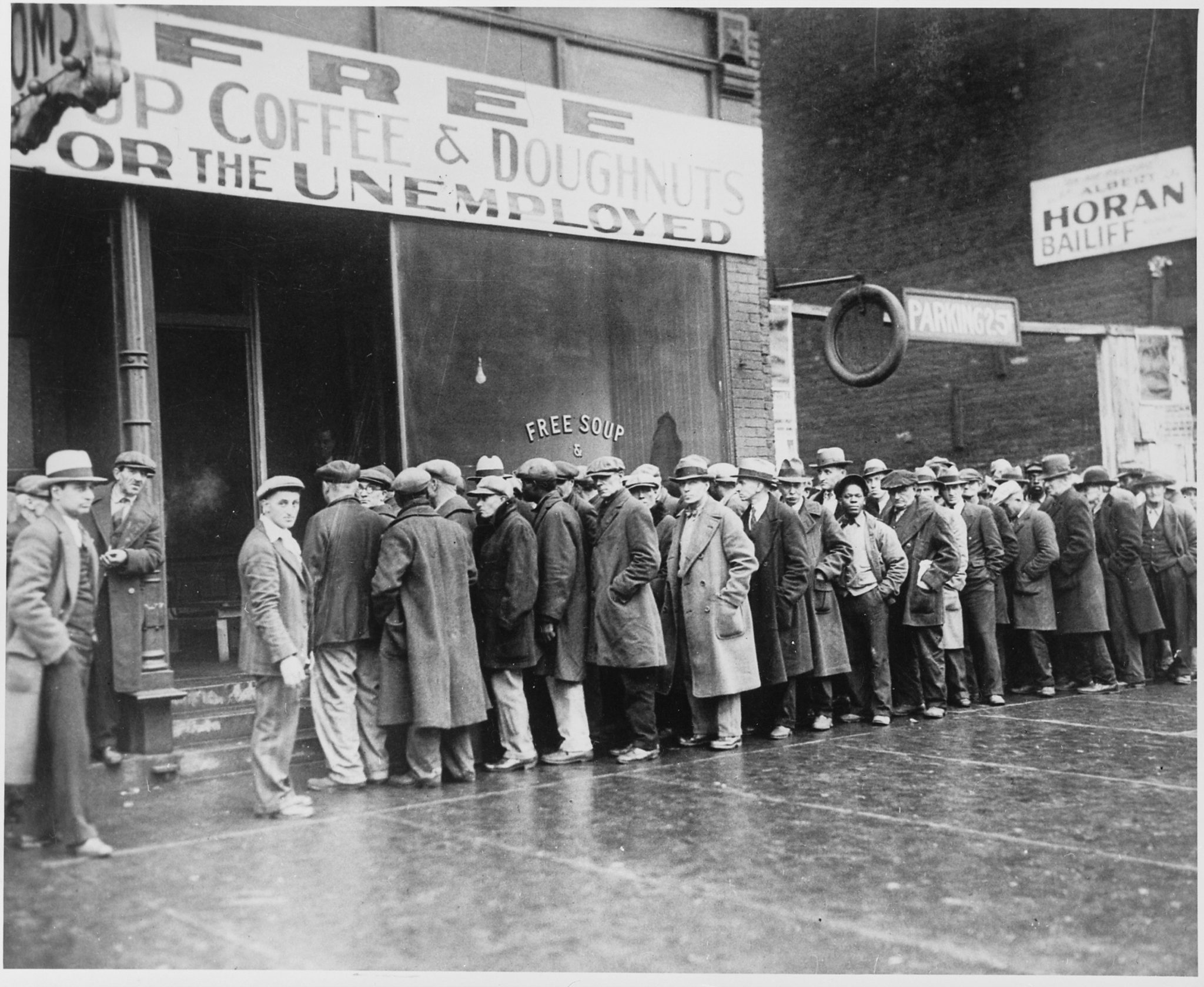 The first ‘event’ was the Great Depression in the US, which started in the late 1920’s. What caused it?

The early part of the decade was full of exuberance, people borrowing money to buy cars, new houses, and even borrowing to make investments in the new world of the stock market.

Everyone was doing so well, then the whole thing fell apart and nearly 13% was wiped off stock market values. For those people who had borrowed heavily to invest, it was enough to wipe them out. They lost everything, as they couldn’t repay their debts, and then followed the Great Depression. This lasted roughly 12 years until the massive manufacturing effort of WWII kick started the recovery.

Next up, after many years of growth following the end of World War II, was the famous 1987 crash. This was the largest fall in stock market values at that point in history, with a 23% fall. So what caused this? It was similar to the 1929 crash, with the addition of the speed at which people could trade shares in the modern world.

People were borrowing money, leveraging investments with the money, and then things started to go wrong. This time fear took over, with panic selling ensuing, and people lost fortunes very quickly. At that point it was the single biggest one day fall in history. 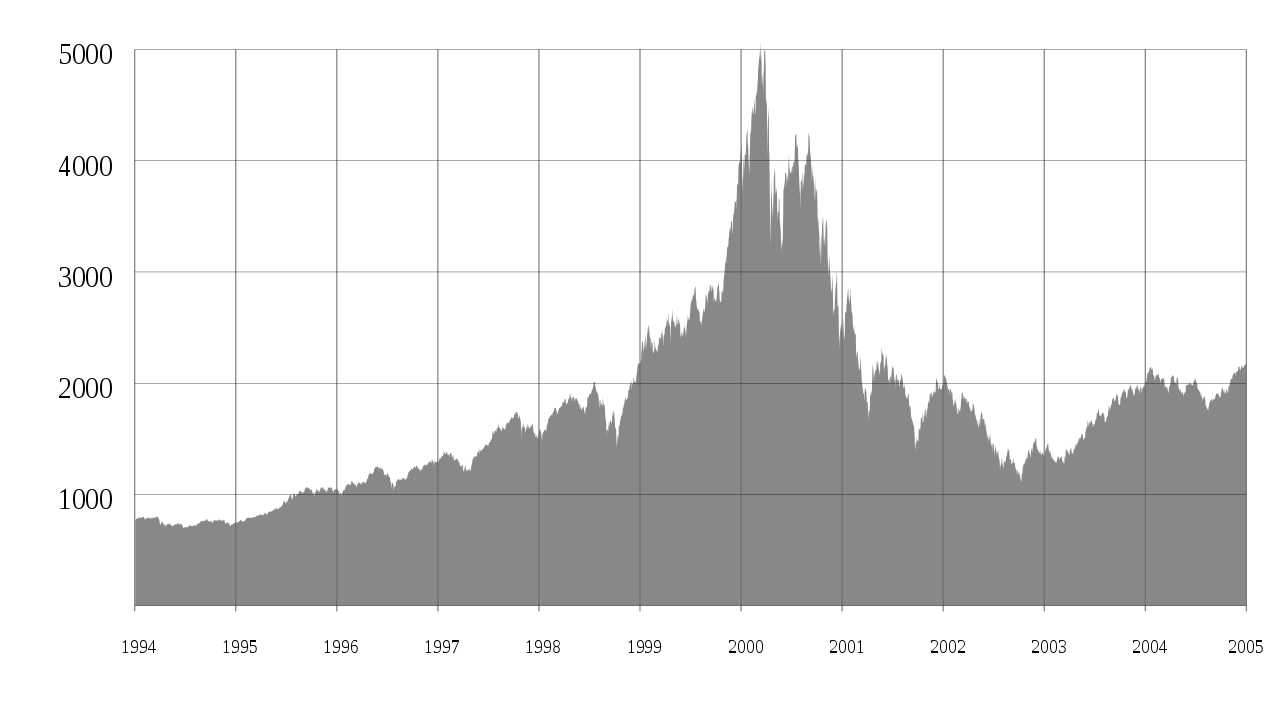 This was then followed by a 12 year recovery period, with everything being a little more controlled, until the Dot-Com bubble started to inflate. It was a frenzy of over valued companies, people buying shares they would never have normally bought. It was all so easy to make money. Everyone was involved. Greed fevered a frenzy of madness! Then it all fell apart. The bursting of the Dot-Com bubble in 1999/2000 pushed stock markets down 23% again, but many shares fell almost 100% in value.

And off we went again… over the next 8 years, behind the scenes there was the growing greed that always seems to be lurking. Easy borrowings, people buying houses they couldn’t really afford, remortgaging the ones they had to buy more ‘things’. Banks were selling on loans to other banks.
Easy money was everywhere, seemingly fuelled by greed again. And then, you guessed it, bang! The start of the 2008 Financial crisis as it became known. The American banking system almost collapsed entirely. Never before had greed almost toppled a country. 12 years of recovery followed (sound familiar?) and 2020 is the next focal point! What more is there to say? Another large ‘tumble’ in values again.

So where am I going with this? Every time this has happened in the markets before, afterwards there ensues a protracted period of recovery and growth. The important thing is the ‘line’ keeps going up, albeit in a rather rugged manner.

The below graph is an example of 50 years growth of the 500 largest companies in the US up to the 2008 crisis. It is all over the place, but if you were invested for the medium to long term, the ‘line’ goes up and up, which is why people invest their hard earned pensions and savings. To profit! 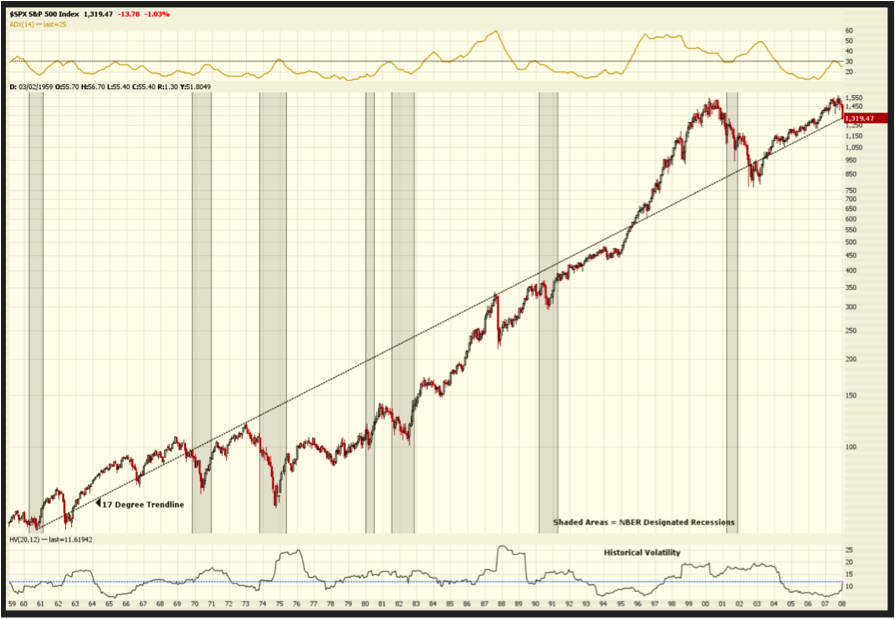 This recovery is going to be tough, and in a new and changed world. It will come from companies that are agile, well financed with flexible long term objectives, and who are able to adapt quickly to the ever changing world.

Never has this been so obvious as it is now. If you have money invested, make sure as best you can it is exposed to investments that are most likely to be part of the recovery. A recovery that history has taught us always happened in the past.