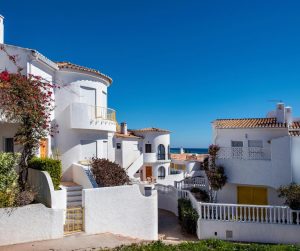 James Clark, Head of Expatriate Sales (Europe) at Utmost PanEurope, discusses using the proceeds from the sale of real estate to buy a life insurance policy.

Portugal is a popular destination for our expatriate clients. A number of clients have taken advantage of the Golden Visa and Non-Habitual Resident tax regimes which have been in place for over 10 years. However, there are other ways in which clients can benefit in the current environment.

The example below is based on a real-life client case that we worked on in Utmost PanEurope earlier this year.

In 2010, Harry and his wife Sandra (then aged 58) moved to Portugal from the UK to enjoy their retirement in the sun. As part of the move, they sold their home in Dorset and bought a villa in Cascais as their principal private residence for €300,000. Harry and Sandra both became Portuguese tax residents.

Sadly, Sandra passed away at the end of 2019 leaving Harry alone in their property. Without Sandra, the family home was too big for Harry by himself so he decided to consider his options.

Along with his adviser, Harry researched the Portuguese Personal Income Tax Code article 10, n. 7 and learned that if he sold his villa and invested some or all of the proceeds into a life assurance policy, he could be exempted from paying capital gains tax (which varies between 14.5% and 48% – depending on the individual’s level of income). He also had the option of taking up to 7.5% (each year) of the capital invested in the life assurance policy to supplement his income. After some deliberation, Harry decided to sell his villa this year for €1.5m after finding a smaller and more suitable apartment for €600,000.

The gain for tax calculation on the principal family home was €1.170m which would have been subject to a tax rate of 48%. As Harry is tax resident in Portugal, only half the €1.170m gain is taxable – meaning a potential tax bill of €272,398.79. However, by investing the proceeds in to a life assurance policy, there was no immediate tax to pay and Harry exercised greater control in deciding when to pay tax on his income in the future as well as leaving a legacy for his beneficiaries.

Key drivers for downsizing may be to release some capital or to provide an income to supplement lifestyle. Your clients can benefit from various tax advantages if they are considering a property change and the reliefs available in Portugal mean that a life assurance policy can form an integral part of their wealth management plans.

The calculations above assumed the following: