Further to the recent article written by my colleague Charles Hutchinson regarding temporary annuities and their taxation of annuities in Spain, I am expanding on the tax treatment of personal pensions generally.

Depending on the type of retirement income that you are receiving, it will either be taxed as regular income, “work” income as the Spanish call it, or savings (passive) income with a different set of tax rates being applying to each type. It is generally understood that the income from pension plans that received tax relief (effectively where the contributions were deducted from income before tax was calculated) will be treated as work income. 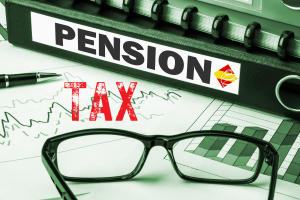 The word “annuity” is used in a general sense in the UK as the regular payment which comes from a pension scheme. It is possible to convert a personal pension fund to an annuity, with a view to guaranteeing a fixed income for life albeit waiving the right to the capital value of the pension pot. Whether or not it is advisable to purchase an annuity is another matter. This will depend on personal circumstances.

As far as Spain is concerned, an annuity is a form of income that attracts favourable tax treatment. An annuity in Spain is either temporary or for the whole of life. The annuity is purchased. It is not income drawn from an existing pension fund unless that fund is encashed to buy the annuity. At that point though there is the possibility of a large tax bill on the encashment.

The key points here are that:

The above article was kindly provided by John Hayward from The Spectrum IFA Group and originally posted at: https://www.spectrum-ifa.com/spanish-tax-on-personal-pensions/