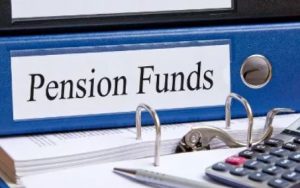 The value of defined benefit pension scheme transfers in 2018 was an all time-high of £24 billion.

In 2019 the value of pension scheme transfers, according to Willis Towers Watson (WTW)*, is likely to be around £40 billion, which represents a substantial increase and a further record breaking amount.

The figures describe a market in which final salary pension schemes are increasingly transferred in favour of the opportunities and returns to be found in alternative products and investments.

However, WTW says it does not believe that the rate of such transfers will continue throughout the early part of the new decade. While 2019 was a record year for pension scheme transfers, the £40 billion figure was accounted for by only 100 deals and £30 billion of this was accounted for by just 11 bulk transactions. In fact, more transfers were made in 2018, it is just that 2019 was the year in which a number of the largest schemes were transferred.

“There was pent-up demand in very large schemes going into 2019 but there is not as much demand now,” commented Ian Aley, head of the transactions team at Willis Towers Watson.

Pension consultant Lane Clark & Peacock (LCP) predicts that 2020 will see considerable numbers of lower value transactions. However, there could be just 10 pension scheme transfers accounting for a total of £15 billion.**

The firm expects that the year will be marked by smaller bulk annuity and longevity swap transactions from the kinds of modestly sized pension schemes which struggled to get a foothold in 2019.

“We expect 2020 to see a greater mix of transactions, with fewer high-profile deals and an opportunity for smaller transactions to complete,” commented LCP partner, Myles Pink**.

The bulk annuity and longevity swap markets have proved lucrative at a time when individual annuities have lost much of their shine; Rothesay Life, Pension Insurance Corporation and Legal & General have been the major players, with Rothesay convincing its shareholders to invest £900m of capital in September*.

Furthermore, 2019 saw the record for the single largest bulk annuity deal broken more than once. In June Legal & General took on Rolls-Royce’s £4.6 billion scheme, only for Rothesay to take on the £4.7 billion GEC pension scheme in September*.

Is a personal pension transfer right for you?

Blacktower Financial Management (International) Limited can help with all aspects of expat wealth management and retirement planning, including the consideration of whether a pension transfer might be in your best interests. While you might not have much say in how your defined benefit pension scheme is managed, by talking to Blacktower you can make sure you take control of your wealth and retirement savings and understand what options might be best for your individual circumstances.

We are fully licensed and regulated and will only ever make a transactional recommendation if it is in your best interests to do so. Contact your local Blacktower Financial Management office today to discuss the possibility of a QROPS or SIPP transfer and to organise a review of your broader financial situation and portfolio asset allocation.

​​​​​​​​The above article was kindly provided by Blacktower Financial Management Group​ and originally posted at: ​​​​​​​​​​​https://www.blacktowerfm.com/news/747-record-year-for-pension-transfers/