If the answer is yes, what’s going to change for you? 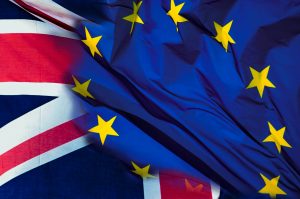 I recently attended a presentation hosted by the British Consulate covering the issues of living here post Brexit. Well, I am not sure how informative it was, as there seemed to be lots of ifs, buts and maybes. One thing I did conclude from it all however, and something I have always maintained, is if you live here, why not just get in to the system properly rather than constantly ‘wondering’ about it, or simply avoiding the issue.

Many people have been here in Spain for years without ever becoming officially resident. Differing circumstances cause this, varying between lots of time spent travelling, working away in another country or just being told not to worry. These tend to have all created a ‘meaning to get round to it tomorrow’ situation for many people.

This has quite often been the case when I have met with people during the 20 plus years I have been here, until along came this Brexit situation. It has resulted in more and more talk about what to do in the press, on the TV and radio, in bars, at family gatherings; basically everywhere.

EU membership has led to the feeling of it being very easy to live here in oblivion to all things official. But that looks like it is now changing. Or is it? One thing we do know is that the Spanish have seized the opportunity to entice people to become official residents of Spain, and if you want to avoid any doubt going forward, it is by far the most sensible option.

EU membership
In the build up to the 29th of March deadline, the British Consulate and local Spanish town halls have actively encouraged people here to take up official residency in a series of talks like the one I attended last night. It’s amazing how quickly this has all become reality in what seems such a short time since the original referendum in June 2016. Now we are looking down the barrel of a possible no deal Brexit.

Or are we? Who knows as I write this.

All of this aside, the sensible thing, without doubt, is for people to become officially resident here in Spain. For many, since the Brexit situation it has felt like a fait accompli and therefore something they simply have to do. Whatever the reason, if you have made the decision, then what does it actually mean for you going forward? Things seemed to be absolutely fine before, so surely not a lot will change?
Well, that is not exactly true.

The first thing to stress is how nice it is to know that now you won’t need to worry about ‘sort of knowing’ you probably should be resident and in the system. Things can certainly now be 100% clear. I call it ‘the sleep easy factor’, and it’s amazing the amount of people who say how good they feel when it’s all done.

There are a number of things that you should now consider, not necessarily in this order.

Do you have Spanish will?

You should already have a Spanish will if you own a property here, so that’s not changed. If you haven’t done that, you must, and it is very easy to do. It can be in both English and Spanish so you will understand everything.

And it’s not expensive. A lot of lawyers I know will do it for a couple of hundred euros if things are all quite straightforward. That will be another box ticked!

Regardless of who says what, and to avoid any embarrassing confusion, once you have residency why not just get on with changing your license? Again, there are many people around who will help you do this. You will get a temporary license while it is being dealt with and then a nice new Spanish license. A medical test will be needed, but again these aren’t that difficult to arrange. As long as you are in reasonably good health this shouldn’t be an issue.

On a positive note I have certainly found Trafico much easier to deal with showing a Spanish license when pulled over for a roadside check. The rules here are different to what you may be used to. You start with 13 points and they are deducted when you are caught being naughty. When you get to zero, then a suspension will occur!

Importantly, there will be taxes and tax returns to consider.

If this is your first time becoming a tax resident, then you will have to file a tax return for this year. The tax year here is the same as the calendar year (unlike the UK with their silly April date!). Your first return will therefore have to to be filed no later than the 30th June 2020.

Regarding your investments and pensions, take a good look at where your income is coming from and what type of investments you hold. A simple example of the different treatment after taking residency would be holding UK ISAs. Although these are tax exempt in the UK, as a tax resident here these will now be taxable.

Also, how will your pension be taxed now? Previously, you were entitled to a Pension Commencement Lump Sum (PCLS, previously referred to a tax free lump sum). This will now be taxable here in Spain. The rate applicable will vary depending on how old the scheme is, and any benefits you are receiving will be taxed differently depending on the amount. If you haven’t started drawing from your pension yet, it may be worth looking at moving the scheme away from the UK, for a multitude of reasons. On the other hand it may not, so if you do look into this, make sure you are furnished with all of the information you need to make a well informed decision.

Having taken residency will mean you have adequate medical insurance in place, and although this can be seen as expensive, the treatment you will receive will be second to none.

Of course, as with all of these things there are the exceptions and everyone’s circumstances differ slightly. But the overriding message is that things should be fine here, even after Brexit, and as we know, the Spanish are very keen to keep us all here for many years to come.

I have covered many different aspects in this article, but please make sure you take good advice from people in the know. There are many legal, tax and financial advisers here who will be able to help you with most of the subjects covered; but as always, make sure you shop around, as prices and service levels do vary greatly, and always see if you can get a recommendation from someone who has firsthand experience of using that person before.

So, with all things considered, maybe Brexit pushing you to become a fully fledged Resident of Spain wasn’t such a bad thing after all.

​​​​​​​​The above article was kindly provided by Jeremy Ferguson from The Spectrum IFA Group​ and originally posted at: ​​​​​​​​​​​https://www.spectrum-ifa.com/are-you-british-and-have-you-recently-become-an-official-resident-of-spain/