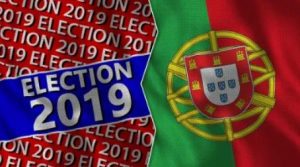 This week we look at what the recent re-election of the Socialists in Portugal means for expats and foreign visitors.

While Prime Minister Antonio Costa may be jubilant, it is likely that he will continue to rely on the investment and economic stimulation generated by foreign citizens and expats if he is to help the country keep its spiralling debt under control.

Why foreign money is still vital

Economic growth is crucial to Portugal if Costa is going to make good on his plans to bring public debt to below 100% of GDP by 2023, the end of his four-year term. Portuguese public debt currently stands at 122% of GDP. However, Costa is working on an assumption of annual GDP growth of around 2%, below the forecasts of most experts – some of whom see growth slowing to 1.2% in 2020 – and significantly below the Bank of Portugal’s 1.7% estimate. *

Costa’s government is not as socialist as it might first appear. In reality, many of its policies align closely with or are indistinguishable from those of its centre-right predecessor.

Private investment has played a massive role in Portugal’s recent economic success, with foreign buyers from Britain, China, the United States and elsewhere providing a massive boost to the economy. Furthermore, the golden-visa programme, which enables high net worth foreigners to reside in the country, has helped to stimulate investment in Portuguese property, Portuguese tech start-ups and more.

There has also been, of course, an influx of cash-rich British expats into Portugal, especially in areas around Lisbon and the Algarve, in the light of Brexit.

Despite this, Portugal’s level of public investment is still low and, against this background, even though Portugal is trumpeted as Europe’s great socialist success story, it will continue to rely on foreign investment. This can only be good for British expats looking to enjoy a mutually beneficial relationship with Britain’s “oldest ally”.

All the signs are that investors still have faith in the country, even though the yield on 10-year Portuguese bonds dipped below 0.11% in early October; the first time they have fallen lower than the Spanish equivalent since December 2009.* But with the European Central Bank offering near-zero borrowing costs, it becomes much easier to understand why Portugal’s economy remains both so buoyant and so attractive to foreign and expat investors.

​​​​​​​​The above article was kindly provided by Blacktower Financial Management Group​ and originally posted at: ​​​​​​​​​​​https://www.blacktowerfm.com/news/729-foreign-investment-critical-to-costa-following-portugal-election-victory