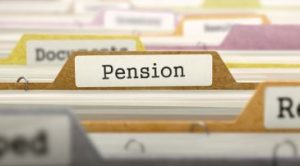 The government has provided further reassurance on the future of expat pensions and other financial products and services post-Brexit, with Brexit secretary Dominic Raab dismissing a Department for Exiting the EU technical paper which had appeared to cast their futures into doubt.

During a press conference, Raab had no hesitation in saying that access to expat pensions was little more than a practical issue that we will be able to resolve.

Raab\’s statements were measured and entirely unflustered by some of the more recent sensationalist pronouncements on the subject. For example, he carefully explained that although a no-deal Brexit would have an inevitable impact on Britain\’s contractual arrangements with EU member states, it was extremely unlikely that individual country to country relationships would suffer.

Raab spoke in some detail on the subject of expat pensions, reminding the assembled journalists that member states would only be punishing their own economic interests if they restricted access to pensions. If you look at pensions, it\’s hardly in the interest of southern Spain to do harm to the UK pensioners out there, he said by way of example. And what you would expect, and hopefully we will see, even in the unlikely event of no deal, is actually cooler heads prevailing and the kind of practical cooperation to make sure that contractual issues, whether pensions or otherwise, are navigated through.

Continuing the theme, Raab offered his view that even if there was no deal, there would be no cause for panic. He said that the government was committed to making sure that it provided greatest possible levels of reassurance and practical support to British expats abroad.

However, Raab was quick to dismiss the idea that Britain had given up on the prospect of achieving a workable deal. He said that although the government was busy planning for every possible eventuality a no-deal outcome was not what we want and not what we expect.

His comments follow a period in which the Association of British Insurers director Hugh Savill has come under criticism for making potentially unsettling statements regarding the future of expat pensions and cross-border financial services. Raab really does seem to be giving hope that cooler heads will indeed prevail.

​​​​​​​​​The above article was kindly provided by Blacktower Financial Management Group and originally posted at: ​​​​​​​​​​​https://www.blacktowerfm.com/news/616-expat-pensions-likely-to-be-protected-say-cooler-heads