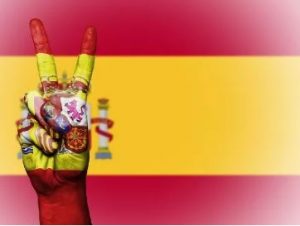 By now you are probably really fed up hearing about Brexit!  Yet, it\’s important that you are prepared financially; not just for a Deal or NO Deal Brexit, but also by being ready to meet the Spanish requirements for living in the country.

You will have, no doubt, heard lots of horror stories about what Brexit means either way for UK expats and I do not intend to go into that here. Having said that, please read on, as I explain some fundamental issues that may need your attention sooner, rather than later.

The questions you should be asking

If you have not been in Spain for long but intend to live here, enjoying the sun, for a significant time, then you may feel like a rabbit caught in the headlights when deciding what to do about Residencia and Spanish tax, especially now Brexit or No Brexit is amongst us. Specifically, should you become a resident and/or tax resident of Spain, what does this mean, and what should you be doing about it?

Bearing in mind that tax authorities are not mind readers, all relevant authorities should be informed of your intentions regarding where you wish to live, even though you might not be absolutely sure about where you want to finally settle. This is because, if you are a UK Domicile (have a UK Passport and/or have lived in the UK for 15 out of 20 years), and you have not told the UK HMRC you are now living in Spain, for example, then the authority will want to continue to tax your income and any gains arising worldwide including any in Spain.

In addition, Spain\’s tax authorities will want to know about your income and gains if you are considered a Spanish tax resident, wherever these arise in the world.  For example, anyone who stays in Spain for a commutative 183 days in the Spanish tax year (January 1st to the 31st of December each year) will be considered a Spanish fiscal resident for tax automatically. This means they should declare themselves to the Spanish tax authorities to pay tax in Spain.  In addition, under EU rules anyone who has been in Spain for longer than three months and is likely to stay in the country should declare themselves to the Oficina de Extrajaneros locally by applying for Spanish Residencia. Certain qualifying rules will apply for gaining residency.

Whilst there is a double taxation agreement between the UK and Spain, meaning you only pay income tax in one country, not letting the tax authorities know where you are living can cause confusion and possibly a penal tax situation later. This could also mean that income tax is paid twice until it is sorted out.  Consider where you might raise the money to pay it in the meantime.

The other facet of Spanish tax reporting is the mandatory completion of a Modelo 720. This is a requirement for all expats who have in excess of €50,000 in offshore assets including joint offshore bank accounts.  Both the UK and Spain operate under common reporting standards, so tax authorities report all tax information about an individual’s or business’s income and tax affairs to the tax authorities in the country the individual is residing in.

Brexit aside, it is important to recognise that reporting of these items is mandatory, not least because the Spanish tax authorities can impose huge fines for non-disclosure. Nobody knows yet what additional impact Brexit could have on the reporting requirements; however, it is unlikely the Spanish or UK tax authorities will see Brexit as an excuse for expats not meeting the rules and requirements.

My advice is not to leave matters of tax until later and to act now. Tax-compliant Investment Bonds can have major tax advantages and minimise the impact of the tax reporting mentioned above. So, by acting now, you can help yourself to be prepared for Brexit – whichever way it pans out.