Perhaps the most common questions I have been receiving since Brexit was agreed are in respect of UK State Pensions, particularly how it will work moving forward having contributed to the UK social security pension system:

Well, this should give you some clarity
First things first, to receive a Spanish state pension, you need at least 15 contributing years (combined years from any EU country) to be entitled to a minimum pension which will amount to 50% of the ´base reguladora´ (for Autonomos) or minimum state pension for employees, based on your past wages. At least 2 contributing years need to be within the period of 15 years leading up to your legal pension age. If you do not qualify for this, you should go directly to each country you have contributed to previously and see if you qualify from them.

Before the UK joined the EU, you would claim your state pensions from each country individually. Once we joined the EU and if you lived and contributed social security payments there, you would contact the relevant department of the country you were residing in i.e. worked and paid taxes in that country. They would then claim ALL your state pensions throughout the EU system. Under the Withdrawal Agreement for Brexit, this system has remained in place for both existing and new residents: 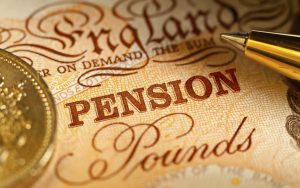 ‘The EU-UK Trade and Co-operation Agreement announced on 24 December 2020 includes a protocol on social security co-ordination. UK government guidance on the rights of UK nationals in the EU, EEA or Switzerland to UK benefits and pensions from 1 January 2021, states:

You can also count relevant social security contributions made in EU countries to meet the qualifying conditions for a UK State Pension.

Never worked in Spain or paid social security there?
You claim directly from the UK here www.gov.uk/state-pension-if-you-retire-abroad 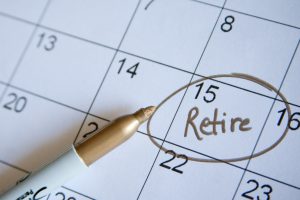 Differences in retirement ages
In some EU countries, you will have to wait longer to start drawing your pension than in others.

So, it’s important to find out in advance, from all the countries where you have worked, what your situation will be if you change the date on which you start receiving your pension.
If you take one pension earlier than the other, it might affect the amounts you receive.

You can get more advice from the relevant authority in the country where you live and/or in the countries where you worked. Find out about the retirement ages and pension systems in the different EU countries you have contributed.

What age can you start claiming the state pension in Spain?
Currently 66 years, increasing by 1 & ½ months per year, until it reaches 67 in 2027.
(source trading economics)

How many years do I need to contribute for a full Spanish state pension?
36 years in general (35 for most people in the UK)

The EU-equivalent rate
Each pension authority will calculate the part of the pension it should pay taking into account periods completed in all EU countries.

To do so, it will add together the periods you completed in all EU countries and work out how much pension you would get had you contributed into its own scheme over the entire time (called the theoretical amount).

This amount will then be adjusted to reflect the actual time you were covered in that country (called the pro-rata benefit). 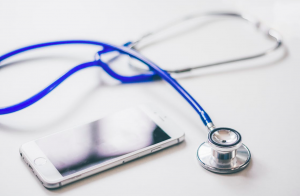 Result
The national authority will then compare the pro-rata benefit and the independent benefit; you will receive whichever is higher from that EU country.

Each country’s decision on your claim will be explained in a special note you will receive, the P1 form.

See the below example of how this would work:
Dalila worked for 20 years in France and 10 years in Spain.
Both countries apply a minimum period of 15 years of work in order to have the right to a pension. Each country will calculate Dalila’s pension:
The French authority will make a double calculation:
• It will calculate Dalila’s national pension for the 20 years worked in France – let’s say EUR 800.
• It will also calculate a theoretical amount, the pension Dalila would have had if she had worked the full 30 years in France – let’s say EUR 1 500. Then, it will determine the pro-rata pension, which is the part of this amount that should be paid for the years worked in France: 1 500×20 years in France/30 years in total= EUR 1 000.

Dalila is entitled to the higher amount — EUR 1 000 a month.

The Spanish authority will not calculate the national pension because Dalila has worked in Spain less than the minimum period required. It will only calculate the EU-equivalent rate starting with the theoretical amount, the pension Dalila would have had if she had worked all the 30 years in Spain – let’s say EUR 1 200.

Then, it will determine the pro-rata pension – the part of this amount which should be paid for the years worked in Spain: 1200×10 years in Spain/30 years in total= EUR 400.
In the end, Dalila will receive a pension of EUR 1 400.
(source – Europa.eu – official website of the European Union) 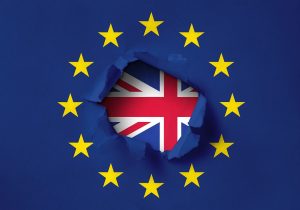 Individuals will be able to have access to a range of social security benefits, including reciprocal healthcare cover and an uprated state pension.

Article 114. This Protocol supports business and trade by ensuring that cross border workers and their employers are only liable to pay social security contributions in one state at a time. Generally, this will be in the country where work is undertaken, irrespective of whether the worker resides within the EU or the UK, or indeed whether the employer is based in the EU or the UK.

Article 116. Under the Protocol, the UK and EU Member States will be able to take into account relevant contributions paid into each other’s social security systems, or relevant periods of work or residence, by individuals for determining entitlement to a state pension and to a range of benefits. This will provide a good level of protection for people working in the UK and EU Member States. The Protocol also provides for the uprating of the UK State Pension paid to pensioners who retire to the EU.

Article 117. On healthcare, where the UK or an EU Member State is responsible for the healthcare of an individual, they will be entitled to reciprocal healthcare cover. This includes certain categories of cross-border workers and state pensioners who retire to the UK or to the EU.

Article 118. In addition, the Protocol will ensure necessary healthcare provisions through the Global Health Insurance Card (GHIC). The benefits of the GHIC are very similar to those provided by the European Health Insurance Card (EHIC) scheme, and allows you to receive state-provided healthcare in all EU countries. However, unlike the EHIC, it does not allow you to receive state-provided healthcare in Iceland, Liechtenstein, Norway and Switzerland. The GHIC provides you with the same standard of public healthcare cover as the citizens of the relevant country. This may result in healthcare free of charge.

Therefore, UK residents can use the GHIC to get state provided emergency and “necessary healthcare” when visiting an EU country at a reduced cost or free of charge, on the same terms as a local. Necessary healthcare is defined on the NHS website as “healthcare which becomes medically necessary during your stay, and you cannot reasonably wait until you’re back in the UK to get it.” This means individuals who are temporarily staying in another country, for example a UK national who is in an EU Member State for a holiday, will have the necessary healthcare needs met for the period of their stay.
The GHIC is free of charge and covers a range of necessary medical treatment from public healthcare providers such as doctors visits, prescription medication and basic and emergency dental treatment. For more information on the GHIC, including how to apply, please visit the NHS website.

If you would like help talking this through, or making sure your financial assets are tax efficient, working for you in a safe manner adapting to the world as it changes, don’t hesitate to get in touch.

The above article was kindly provided by Chris Burke from The Spectrum IFA Group and originally posted at: ​​​​https://www.spectrum-ifa.com/claiming-your-uk-state-pension-whilst-living-in-spain-eea/