New residents in Spain wanting to sell their home in the UK, face a small but perhaps very costly change due to Brexit. John Lansley explains.

Like the UK, Spain has a favourable tax regime concerning your home – your principal residence. Here, any gain arising on selling your home can escape tax as long as you use the sale proceeds to purchase a new main residence. If you sell a property for €500,000 and then reinvest €250,000 in a new home, releasing monies for other purposes or simply downsizing, then only half of the gain attracts this exemption and the other half faces a tax liability.

Those over the age of 65 who sell their home enjoy full exemption, whether or not the proceeds are used to buy a replacement.

One little-known feature is that the rules apply to a property anywhere in the EU or EEA, which has been your only or main residence. Therefore, if you move to Spain from another EU/EEA country, selling your old home and using the proceeds to buy a new one in Spain will enjoy exemption, as described above.

However, while this exemption previously applied to those moving to Spain from the UK, Brexit has meant that the UK is in neither the EU nor the EEA, and therefore the sale of your home in the UK, when you have become tax resident in Spain, will expose the full amount of the gain to Spanish Capital Gains Tax. 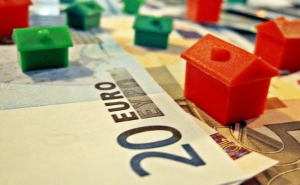 So, even if you want to use the proceeds, in full or in part, to purchase a new home in Spain, doing so after your arrival will result in a potentially very large Spanish tax bill, which could reduce quite substantially the amount you have available.

If, for example, you are selling a UK property for the equivalent of €500,000, which you bought for the equivalent of €200,000, doing so now you are resident in Spain would produce a tax bill of €70,880, whereas selling before the end of 2020 (and of course reinvesting the proceeds in a new home in Spain) would have meant a zero tax bill.

What is the answer?
The best course will probably be to sell your UK home before arriving in Spain, but check that it does indeed qualify for the full principal residence exemption in the UK first. Selling UK property is usually more predictable than property in other countries, but it shows very clearly that timing can be extremely important. Any delay in exchanging contracts (the operative date) until after you arrive in Spain could prove very expensive.

The desire to tie together the sale of one home with the purchase of a replacement is something we’re used to doing in the UK, but in this case it would appear more sensible to sell your UK property, rent temporarily in either the UK or Spain, and only then purchase your new home in Spain. 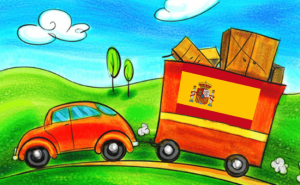 Residence in Spain
Since Brexit, moving to Spain has become much more difficult. Working here, or coming here to retire, necessitates much more than it used to, and Spain’s Golden and Non-Lucrative Visa schemes will have to be utilised. The Golden Visa requires the purchase of property valued at more than €500,000, so any unexpected Spanish Capital Gains Tax bills might threaten your ability to do this.

Similarly, the Non-Lucrative Visa requires you to demonstrate your ability to support yourself. If your capital is severely depleted due to an unwanted tax bill, that might prove more difficult.

As always, it pays to seek professional advice, and we will be happy to help you make sense of these rules and apply them to your own circumstances.

The above article was kindly provided by John Lansley from The Spectrum IFA Group and originally posted at: https://www.spectrum-ifa.com/spanish-cgt-on-uk-principal-residences/