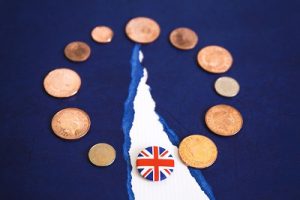 Following on our  blog on pension passporting, written by Rosemary Sheppard, Blacktower IFA in France, The Independent newspaper has now warned that British expats abroad could have their cash flow placed in peril by a no-deal Brexit.

While the talks around Brexit and expat pensions are certainly newsworthy, the reporting of pension payments becoming illegal, as stated in The Independent\’s headline, is pretty implausible.

The story, published on July 25 2018, said the Association of British Insurers (ABI) had told parliament\’s Exiting the European Union select committee of the plausible risk that payments from British bank accounts could become unviable.

Following a question from committee chairman Hilary Benn in which she sought to confirm the situation, ABI director general Huw Evans said it was a perfectly plausible risk in the future if no agreement is reached in some countries of the EU that pensioners couldn\’t be paid their pension.

Evans offered some reassurance saying that expats\’ financial advice in the event of a no-deal Brexit would depend on where they resided. ‘It\’s important to note here to avoid panic that each country of the EU has slightly different arrangements around this.

He advised that each country would have to address the issue separately to ensure that it was satisfactorily resolved.

The comments come in the wake of a difficult period for British Prime Minister Theresa May who has sought to defend her Chequers plan in the face of resignations from her cabinet, numerous reports of internal infighting and near constant press reports of setbacks and troubles.

So it\’s worth remembering that although financial advice for expats worried about Brexit is a good idea in the current environment, there is certainly less cause for panic than many believe to be the case.

In her blog, Rosemary Sheppard suggested that there will be some simple solutions to any potential problems arising out of Brexit in relation to expat pension rights.

Blacktower Director and General manager in Gibraltar Robert Mancera comments, At the end of the day, Hard Brexit or not, common sense will need to prevail. Most EU countries have DTTs (Double Tax Treaties) with the UK and I can\’t see these falling away as a result of Brexit. Therefore pension income received into the EU from the UK, I anticipate, would be taxed as it is today.

​​​​​​​​​The above article was kindly provided by Blacktower Financial Management Group and originally posted at: ​​​​​​​​​​​https://blacktowerfm.com/news/604-committee-receives-expat-financial-advice