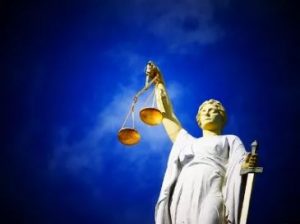 This follows a ruling by the Court of Appeal in London* in which the Court upheld the right of HMRC to demand compliance from a UK-connected individual living in Dubai.

The case clearly indicates that UK-interested parties with cross-border financial interests must consider their UK tax liabilities as part of their wider expat financial plans.

The individual concerned had initially been successful in challenging HMRC’s demand that he provide them with full disclosure of his financial assets. He had argued that as he no longer lived in the UK, he no longer fell within the jurisdiction of the HMRC.

However, HMRC demonstrated to the Court of Appeal that the man met the ‘sufficient connection’ test as he had previously resided and paid tax in the UK. This was supported by a separate Serious Fraud Office action in relation to the expat’s finances.

The case clearly indicates that the full and frank disclosure of cross-border assets to all relevant jurisdictions should be considered an expat financial planning priority for all cross-border individuals – a picture which is further supported by the advent of the Common Reporting Standard as well the new Crime (Overseas Production Orders) Act 2019.

As such, all but the most seasoned and hands-on of individuals should seek specialist wealth planning advice in regard to the extra-territorial effects of their international assets.

Lord Justice Patten noted in the court judgment that there was strong public interest in ensuring that HMRC is able to use the sufficient connection test to pursue the potential tax liability of expats.

​​​​​​​​The above article was kindly provided by Blacktower Financial Management Group​ and originally posted at: ​​​​​​​​​​​https://www.blacktowerfm.com/news/689-cross-border-disclosure-essential-to-expat-financial-planning