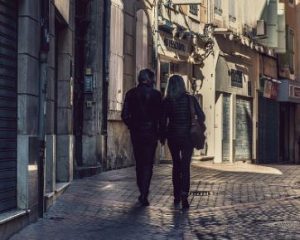 The wealth management plans of many expats in France have received a welcome boost with an announcement by the French government that there will be a reduction in the rate of social charges on investment income, meaning that low income expats will now be subject to a 7.5% charge compared to the previous 17.2% rate. However, the basic rates will remain as they were in 2018.

The news, which was announced as part of the social security budget for 2019, is of particular interest to expats in retirement as well as those who draw investment income. It also benefits those who do not live in France but receive income from investments in the country.

Details of the changes to the charges were made by President Emmanuel Macron during a television address that was designed to pacify the anger of protesters in the country. Macron said that proposed increases to the contribution sociale généralisée (CSG) rate would be shelved for any person living on less than €22,850 a year.

As result only 30% of retirees will now have to pay the increased rate of CSG.

Furthermore, any expat living in France who carries an \’E\’ form, S1 health certificate, or who receives a government service pension will be exempt from additional charges as they qualify for 100% relief against the social charges on their pension income – any additional pension income will be subject to the charge unless additional exemptions apply.

The amount of charges applicable to an expat will depend on their total taxable income – i.e. pension income, investment income and salary income.

Spouses are subject to a common rate. This is true regardless of whether one spouse could have claimed an exemption or different rate.

However, expats who are hoping to enjoy the more preferential rates will have to wait until the summer, following the submission of their 2018 tax return, at which point they may receive a rebate for any money they have overpaid in social charges since January 2019 (the date at which the new CSG charges took effect).

If an expat does not receive French state healthcare and instead receives it from another EU or EEA country, they will be subject to a flat rate 7.5% tax under the Prélèvement de Solidarité system.

​​​​​​​​​The above article was kindly provided by Blacktower Financial Management Group and originally posted at: ​​​​​​​​​​​https://www.blacktowerfm.com/news/660-expat-investment-income-receives-social-charges-boost