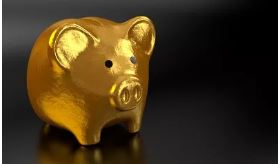 A pension transfer is not for everyone and there will be many factors to weigh up before making the decision to transfer from an existing scheme into a QROPS, SIPPs or other structure.

However, a great deal of doubt remains about the long-term viability of the nation\’s defined benefit plans, with the high-profile collapse of a number of such schemes leading many to question their reliability and suitability.

And these doubts have only been increased by the recent revelation from Mercer that during 2017/18 the accounting deficit for the defined benefit plans of the UK\’s top 350 FTSE organisations increased by 28% to £41 billion, mainly because of a £19 billion drop in asset values (from £766 billion to £747 billion).

The figures were calculated as part of Mercer\’s 2018 Pensions Risk Survey and were drawn from the FTSE companies\’ corporate accounts.

Partner at Mercer Andrew Ward commented in a press release on the firm\’s website*: 2018 was a record year for premiums paid to insurers for buy ins and buy outs, with more than £20 billion of DB obligations being insured. We forecast nearly one third of a trillion pounds to be paid by UK private sector DB pension schemes over a three-year period, from 2019-2021.

For some time now there have been questions about the ability of defined benefit plans to weather any significant shocks to the market. The pertinence of these questions has only been augmented by the uncertainties of Brexit. Now, perhaps more than ever, it is important that defined benefit plan members sit down with their financial advisers and examine the suitability of their pension for reaching their financial and retirement goals and, fundamentally, whether they have confidence in the long-term viability of their plan.

Nevertheless, it is important to remember that fluctuation and volatility is an inherent part of financial markets, including those that affect defined benefit pension schemes. And although it is true that the FTSE organisations finished 2018 in deficit, they remain in much ruder health than they did following the 2016 Brexit referendum.

Defined benefit schemes were once thought of as being the gold standard for pensions in the UK. However, in the twenty-first century they face many funding challenges with even some of the best-funded schemes now seriously underfunded.

If you have pension benefits and are considering a transfer, Blacktower can help you make sense of your options and, as a fully regulated firm, can help you decide whether a transfer is suitable for your circumstances.

​​​​​​​​​The above article was kindly provided by Blacktower Financial Management Group and originally posted at: ​​​​​​​​​​​https://www.blacktowerfm.com/news/663-defined-benefit-plan-deficit-raises-questions