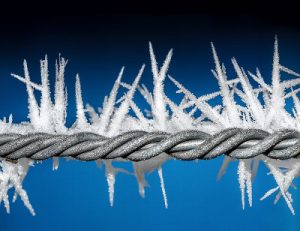 Here in Spain, I hear no end of horror stories regarding the country\’s financial institutions and laws. Unfortunately, I too have been on the receiving end of unscrupulous and downright unfair treatment, but last week a client of mine of over four years called me in distress. For the avoidance of doubt, this is a true story.

My client is 86 years old and, sadly, her husband died eight months ago. Over four years ago she followed our recommendation of investing in a purpose-built Spanish portfolio bond with both her husband and her as lives assured. This meant that should either partner die before the other, the bond would continue as if nothing had happened, thereby not triggering a Spanish Inheritance Tax calculation. In Spain unlike the UK, there is Inheritance Tax between spouses, however, because this particular bond is held outside Spain it avoids inheritance tax. This is a tool that we often use for clients in Spain.

The lady in question is ready to sell her Spanish house and liquidate everything she has in Spain in order to move back to the UK. The house is jointly owned with her late husband, however, due to an unclear land registry issue, the value of the house allegedly cannot be ascertained in order to calculate the inheritance tax due on all of the Spanish assets, including fairly large amounts in the Spanish bank.

Because the tax has not been ascertained, the Spanish bank has frozen every account that my client has, in full. She has no access to any money other than her small monthly pension that she has had to divert from being paid into her Spanish account to her UK bank account. The bank, and the law, doesn\’t care that she is now unable to pay utility bills, communication bills etc. Whatever the minutiae of the breaches of the law, I find the entire position my client finds herself in quite immoral.

Thankfully, I am in the process of releasing the cash that she invested with us all those years ago to her UK bank so that she can get on with her life and breathe easily again.  By chance, had she not followed our recommendation, this cash could also have been frozen in its entirety.

When investing, most people are concerned with the return they will get on their money, but the bigger picture for us as advisers is the way the investment is packaged so that problems can be avoided when inevitable life circumstances occur – and the above story is a perfect example.  So, if you do have large amounts of cash located in Spain, think about my client\’s story, then give me a call to ask what we might suggest based on your circumstances.