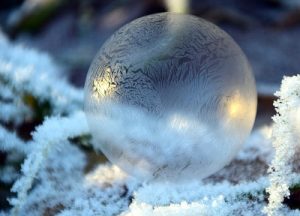 Pensions, whether private, workplace or state, are essential to the retirement planning of UK expats all over the world, whether they live as close to the UK as the Netherlands or Norway or as far away as Grand Cayman or the Grand Canyon.

However, around half a million British expats suffer a pensions shortfall of as much as £4,000 a year simply because they have chosen to live in a country or region without a reciprocal agreement with the UK and their pensions have been frozen.

Many of them feel it is unfair that they have no choice but to live on a lesser income or to take steps to redress the situation by consulting their expat financial advisers for inventive solutions. But, things may be about to change as MPs have created a parliamentary alliance to change the expat pensions law.

There is undoubtedly a strong argument for change – those affected paid the full level tax and national insurance contributions throughout their working lives in the UK yet, due to archaic laws, receive only a fraction of the pension received by expats based in other locations.

For many years the UK has had reciprocal pension arrangements with certain countries, where pensioners are paid the full going rate. This includes countries in the European Economic Area. Yet curiously, those in former commonwealth countries such as Australia, Canada, New Zealand and South Africa are on the end of a glaring and unacceptable expat pension inequity, receiving only the level of pension that was in place when they left the UK rather than the level their peers are entitled to today.

The worst part of all this is that this longstanding inequity could easily be remedied. In fact, the government has had the chance to do so every year for the past seven decades as part of its annual update of the terms of state pension. However, with the next review not due until spring 2019 there are fears that the government might again pass up the opportunity to make changes through the Social Security Benefits Up-rating Regulations.

As such, a campaign group, End Frozen Pensions, has been formed to bring about the necessary expat pensions changes.

By building a parliamentary alliance we will stop this Government trick and end the frozen pension policy, said a spokesperson with the group. It is estimated that the necessary changes would cost around £500 million a year. However, given that by being outside of the UK, expats place no additional strain on the UK\’s health and welfare resources it is hard to make a persuasive economic justification for continuing the expat pensions inequity.

Sir Roger Gale, Conservative MP for North Thanet in Kent and chairman of the parliamentary group on Frozen British Pensions, commented, There is a group of people who have served this country and paid their dues throughout their working lives who now find that their pensions are frozen. It leads to the anomaly where a pensioner living on one side of Niagara Falls has a frozen pension, while a pensioner living a few hundred yards away on the other side in the US has an uprated pension, annually. It is nonsense and iniquitous.

​​​​​​​​​The above article was kindly provided by Blacktower Financial Management Group and originally posted at: ​​​​​​​​​​​https://www.blacktowerfm.com/news/644-mps-join-calls-to-redress-expat-pension-inequity