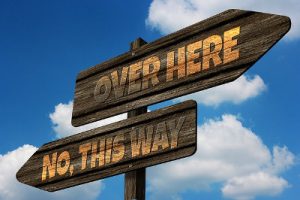 Attempts to find a roadmap for Britain’s post-Brexit future may currently feel interminable, but expats in the EU are beginning to make contingencies, or so it appears. A survey commissioned by an international money transfer platform has found that 34% of British expats are currently in the process of applying for citizenship or permanent residency in another country.

Uncertainty regarding the ongoing effect of Brexit is the chief motivation, and the impact on citizenship could be greater still; a further 23 percent of the adults polled during the survey (carried out by YouGov plc from 18-04-19 to 02-05-19) said they would seek citizenship for themselves and their family in the event of a hard Brexit.

The survey included British residents of some of the most popular expat destinations, including Portugal, France, Germany and Spain. It found that more than half of British expats were concerned about their citizenship rights post-Brexit; it is also likely that many people may be motivated to seek citizenship because of concerns regarding their expat pensions and the provision of expat financial services post-Brexit.

Of the survey respondents, 25 percent said they were making financial plans for a post-Brexit economic slump and were investigating the possibility of strategies such as moving their money out of the UK, selling UK assets or making an expat pension transfer.

In fact, 14 percent of respondents said they were already transferring to a new retirement plan, while the same number said they were switching to lower risk investment funds.

“Expats tend to be at the leading edge of the intersection between personal finance and current events, and their behaviour is a barometer for bigger trends and changes,” commented Paul Byrne, CEO of CurrencyFair.

He added that the research indicates Brexit could be forcing expats to seek citizenship abroad which they might not have done before the referendum. *

Brexit should be no cause for panic. Impulsive or panic-driven financial decisions based on uncertainties created by political or economic events tend to be among the very worst that people can make.

Whatever the shape of Brexit and the deal we come away with, there is no substitute for experienced, regulated and licensed expat financial advice and the discipline these things impart.

Blacktower Financial Management has an intricate and practical knowledge of EU and UK law together with the various regulatory systems and controls which exist in other jurisdictions. We are able to access the most respected and established banks, the most experienced fund management solutions and can provide a number of tax efficient investment solutions.

Furthermore, because our financial products are based in locations such as Gibraltar, Luxembourg, Malta, and Ireland, our clients can remain confident of their prospects even under a no-deal Brexit.

Whatever the future may hold, we will continue to serve our clients. If you would like expat financial advice from our specialists, please contact us today.

​​​​​​​​The above article was kindly provided by Blacktower Financial Management Group​ and originally posted at: ​​​​​​​​​​​https://www.blacktowerfm.com/news/707-brexit-an-apt-time-for-expat-financial-advice