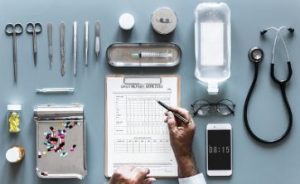 While we can\’t predict what will happen to healthcare for expats in Spain (or any other EU country for that matter) if No-Deal Brexit goes ahead, we can look at the situation as it is now and help you understand what might change and how this could affect your expat finances and general wealth management in Spain.

Receiving expert financial advice in Spain should be a priority for anyone currently living as an expat in Spain and also for those who plan to make the move before Brexit occurs.

The current situation in Spain

In the EU (pre-Brexit), social security, pension and healthcare entitlements are reciprocal so that all European citizens can move around the EU and their entitlements move with them. If you work in Spain and pay tax, you are entitled to state-run healthcare in the same way as Spanish nationals.

In terms of healthcare for retirees and non-workers, when a British expat needs treatment in Spain, it is free because the NHS reimburses the costs.

Currently, retirees, permanent residents in Spain (for over five years) and those who are not covered for the state healthcare need a form S1 and should speak to their local INSS office (Instituto Nacional de Seguridad Social/National Institute of Social Security), the DWP\’s Overseas Healthcare Team, or the office which pays their exportable DWP benefit.

Children and pregnant women in Spain are guaranteed access to healthcare, and the same is true for anyone requiring emergency treatment.

There are fears that no deal could mean expats will need to fund health insurance policies to be able to gain access to healthcare in Spain and many say their budgets will not stretch to this, so they will be forced to return to the UK.

However, under Spanish law, UK citizens would still almost certainly be eligible for healthcare if they can prove residency and have a work permit, but, of course, pensioners will be left out of this entitlement and it is likely they will be required to make a certain level of monthly contribution to fund the cost of care.

What is happening right now?

Media reports suggest that since the Brexit vote there has been a surge in British citizens who are relocating to a range of EU countries – Germany and France have proved the most popular so far.

It is believed that many of those who have moved – 13,000 last year according to the Mirror – are Remainers who want to gain residency abroad before Brexit goes through in 2019 so that they can, hopefully, keep their legal residents\’ rights under EU rules when the picture changes for new British expats.

It is also believed by some in the industry that deals are already in place to protect British expats in Spain and across Europe on matters relating to healthcare, social security, pensions and benefits etc., but that issues such as the Irish border are holding things up and therefore nothing can be signed.

Sadly, as recent reports have warned that the NHS expects to see problems with drug supplies following Brexit, it seems that expats and UK residents alike could see issues with access to healthcare next year and for many of us, we\’re just having to wait and see.

One thing is certain though, expats who are going to face higher costs for healthcare will need to receive financial advice in Spain to help them cope.

At Blacktower we make it our priority to understand the local jurisdictional rules and regulations so that we can offer clients the most appropriate and up-to-date financial advice possible.

​​​​​​​​​The above article was kindly provided by Blacktower Financial Management Group and originally posted at: ​​​​​​​​​​​https://www.blacktowerfm.com/news/607-expat-healthcare-in-spain