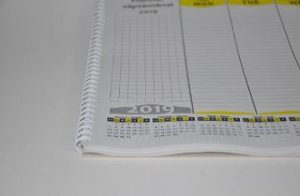 Tax planning should be a New Year priority for any British citizen who has recently become an expat.

Just last year HM Revenue & Customs increased its efforts to ensure expats met their full tax obligations and has begun to successfully use EU laws that encourage co-operation between member states. We will not hesitate to use all legal means to collect taxes that are owed, commented an HMRC spokesperson. Despite this tough talking, the EU this year criticised the UK for its poor record of cross-border tax collection.

It is important to remember that although the HMRC\’s new stricter approach remains at an early stage, it is already paying dividends for the government, which estimates that it lost £1.7bn in tax revenue in 2016-17, compared to £4bn in 2011-12. Furthermore, 1,006 requests for tax information were made to EU authorities in 2017. This resulted in the recovery of £5 million. In comparison, similar requests in 2013 yielded just £800,000.

What are your tax planning obligations?

The difficulty for many expats is that they may not be aware of the scope of their UK tax liabilities. This is why taking tax planning financial advice from a qualified financial adviser is essential.

Even innocent oversights can result in expats being asked to repay 200% of the liability owed. If you have UK-based investment portfolios, UK rental property or indeed overseas assets, all of these things can create a UK tax liability, particularly for those who live more than half the year in the UK.

Being fully aware of legal residency status and its impact can help prevent expats from unwittingly failing to pay their tax liability. Even once they are aware, there may still be plenty of work ahead as HMRC\’s rules are complex and, without expat tax planning advice, can create unnecessary confusion.

You are deemed a UK resident in if you spend 183 days of the year in the UK and therefore have to pay UK tax on all of your income, regardless of where it was earned.

Expats only pay tax on income earned in the UK, although they may have a number of expat tax planning options to choose from depending on their circumstances. A person is considered a non UK resident if they meet certain automatic overseas rules such as spending fewer than 16 days in Britain and being resident in the UK for any of the preceding three years, or, in the case of those who have not been resident in the UK for three years, fewer than 46 days.

However, there are various other categories for tax purposes, so it is important to seek expat tax planning advice from your wealth manager in this regard.

​​​​​​​​​The above article was kindly provided by Blacktower Financial Management Group and originally posted at: ​​​​​​​​​​​https://www.blacktowerfm.com/news/655-expat-tax-planning-a-2019-priority