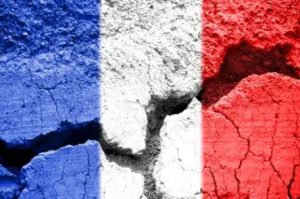 This time we look at what the central bank of France’s latest predictions may signal for the country’s economy and President Macron’s reactions to the latest pension protests.

Banque de France has predicted slower than expected growth of the French economy over the next 12 months as the second largest economy in the eurozone negotiates twin obstacles in the form of global uncertainty and simmering trade wars. It also comes on the back of a 5 December nationwide strike and controversy over President Emmanuel Macron’s proposed pension reforms.

The latest quarterly economic outlook from the country’s central bank, which has its headquarters in Paris, expects that growth will slow from 1.3% this year to 1.1% next year; only last summer it predicted that growth would continue at 1.3%.

With an eye on the more distant future, Banque de France, predicts that the economy will rally in 2021 and 2022, with growth of 1.3% predicted for both years. However, this is lower than the 1.4% which it originally predicted for 2021.

The predictions for next year chime with those of the French Finance Minister Bruno Le Maire in so far as they have been downgraded; however they are less optimistic than his growth forecast, which he recently downgraded from 1.4% to 1.3%.

President Emmanuel Macron is continuing to push ahead with an ambitious economic agenda despite considerable hostility from “yellow vests”.

Pension reform has been the protesters’ latest target, with union leaders calling for an open-ended strike and protesters taking to the streets in a show of force.

Yet Macron remains steadfast. “We are rebuilding a universal pension system, much fairer and accountable,” he said in an AP report*.

“I have an ambitious project for the country”, he said. “And I won’t give up. Because I deeply believe that France is a great country which can face the challenges of the 21st century.”*

Financial advice for expats in France

As an expat in France you will have unique cross-border circumstances that are likely to affect your pension planning. For example, you may wish to convert your UK pension to a QROPS or SIPP.

Whether you are looking into this or are considering the possibility of an assurance-vie, we can offer specialist and personalised advice to help you make a decision that is in your best interests.

We can help you make sense of all your wealth management options so that you can have confidence that your money will continue to work for you, both now and in the future, when you reach retirement.

​​​​​​​​The above article was kindly provided by Blacktower Financial Management Group​ and originally posted at: ​​​​​​​​​​​https://www.blacktowerfm.com/news/738-economic-growth-in-france-predicted-to-slow