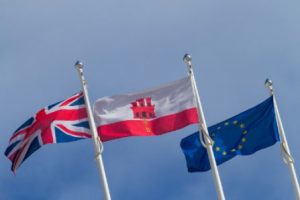 In our latest Around the Branches piece, we take a look at Gibraltar’s plans for Brexit and how Spanish parliamentary developments are affecting ongoing negotiations.

It is anticipated that the Bill will be given a reading in the Gibraltar Parliament before the end of January, a process that will be led by Deputy Chief Minister, Dr Joseph Garcia, the Gibraltarian Minister responsible for overseeing the island territory’s smooth departure from the European Union.

It is expected that the BIll will ensure EU law continues to apply to Gibraltar for the duration of the Withdrawal Agreement, which is due to apply until at least the end of 2020.

A memorandum attached to the Bill explains that it “gives rights arising out of the Withdrawal Agreement to certain EU citizens in Gibraltar, provides for matters relating to the application of the agreement and creates powers to allow the implementation of the withdrawal agreement, including in relation to separation matters and the protocol to the agreement on Gibraltar.” *

Publication of the Bill came four days after it was announced that the UK and Spain had postponed Brexit talks pending the announcement of a new Spanish cabinet.

This follows a period in Spanish politics in which Prime Minister Pedro Sanchez won backing for a new left-wing coalition between the Socialist and Unidas Podemos parties.

The Brexit meeting was due to take place in Madrid and would have focused on the implementation of four memorandums of understanding covering the Withdrawal Agreement and the transitional period until the end of 2020.

The political environment in Spain is being closely monitored in Gibraltar as various parliamentary appointments, most notably Minister for Foreign Affairs, could have particular relevance for the island territory.

As yet, no new date for the discussions has been confirmed.

The UK Bill is now at Committee stage in the House of Lords where line by line examination will occur and amendments will be discussed.

​​​​​​​​The above article was kindly provided by Blacktower Financial Management Group​ and originally posted at: ​​​​​​​​​​​https://www.blacktowerfm.com/news/751-gibraltar-takes-steps-to-ready-for-brexit