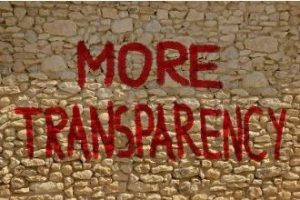 As we recently reported in our blog The Big Deal, the UK and Spain have agreed upon the details of a tax treaty for Gibraltar and Spain that will serve to clarify a number of important issues in relation to taxation; including the long-standing, contentious issues of tax disputes and tax residency.

Furthermore, the Treaty resolves the issue of Gibraltar’s ongoing consistency with EU law following Brexit as the British Overseas Territory has elected to retain legislation equivalent to EU law on all matters related to financial transparency, taxation, administration and Anti-Money Laundering.

In a sense, the Tax Treaty changes very little other than to provide clarity and reassurance while also, according to a Gibraltar Government press release, hoping to end “the irritating myth that Gibraltar is anything other than entirely cooperative when it comes to the exchange of tax information”. *

In the press release Gibraltar’s Chief Minister Fabian Picardo described the Treaty as “an important moment for Gibraltar and for our relations with our neighbour. This treaty recognises the existence of a separate and distinct tax authority in Gibraltar.” *

There are other important components to the Treaty. For example, it includes landmark recognition from Spain regarding the existence of registered Gibraltarians and the Gibraltarian Status Act which determines the details necessary for citizens to be able to register and describe themselves as “Gibraltarians”.

The Treaty has also cleared the way for the Spanish Government to remove Gibraltar from its blacklist of “tax haven jurisdictions” in the future. Other important direct and indirect effects of the treaty include the following:

The work that went into negotiating the treaty should not be underestimated; it is only the second time that the UK and Spain have been able to agree an international treaty over Gibraltar, and the first since 1713’s Treaty of Utrecht.

Crucially, the treaty is not dependent on the UK adopting Prime Minister Theresa May’s Withdrawal Agreement. The treaty now only needs to be ratified by both UK and Spanish parliaments.

​​​​​​​​The above article was kindly provided by Blacktower Financial Management Group​ and originally posted at: ​​​​​​​​​​​https://www.blacktowerfm.com/news/683-new-tax-treaty-provides-clarity-for-gibraltarians/