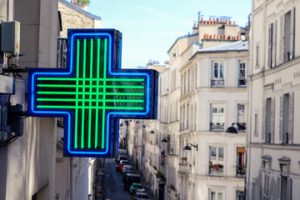 France is the world’s most visited country, with over 89 million tourists pouring in every year to sample the many attractions it has to offer. Its culture is known and revered around the globe: couture fashion houses, the art of the impressionists, winemaking and of course, French cuisine. Paris, the capital city, sees over 17 million visitors yearly, who come to take in the sights of one of the world’s most beautiful cities. But tourism isn’t the only thing that France does well; it also regularly scores highly in global polls for quality of the healthcare system.

Do you have to pay for health care in France?

It has taken seven decades to accomplish (beginning in 1945, after the war) but France has now achieved universal health coverage for all legal residents of the country. Since January 2016, Statutory Health Insurance is universally available to all under the Protection universelle maladie law, or PUMA. The government finances the health care system largely through payroll taxes and in 2017, 11.3% of GDP was spent on its upkeep, amounting to 266 billion euros. If you are moving to France for employment or to start a business, you will be required to pay into the French Social Security system at source, and your inclusion in PUMA will be automatic.

The health system in France is known as a co-payment system, one where the patient bears the initial costs. When making a visit to a doctor, dentist or specialist in France, you will be required to pay for the consultation up front and wait to receive a reimbursement of around 70% which will be paid directly into your bank account. Hospital treatment is refunded at approximately 80% of total costs, and prescribed medicines can be claimed back at up to 100%.

To cover the 30% gap in in general French healthcare costs, most people also have a private health insurance in France known as a mutuelle, which will also cover emergency hospital treatment. Unlike most private health insurance schemes elsewhere, this does not grant access to preferential or faster medical treatment in France, but simply covers what the PUMA does not. If you are retired however it’s probably not necessary, as you can expect to receive 100% reimbursement on healthcare costs.

Although the terms of healthcare in France are in general very favourable, visits to the opticians in France can be a costly affair by comparison. The amount of money reimbursed for glasses, frames and lenses, is very low indeed and it may be worth checking with your private health insurance for a list of recommended opticians where a discount might be offered. If you need to have your eyes tested, in France this is not carried out at an optician, but by an ophthalmologist. The good news here is that ophthalmologists come under the healthcare system where opticians do not, so you would be able to claim more costs back.

If you need to obtain prescribed medicines in France, these are collected from the pharmacy. Once you have been seen by a doctor and have received a prescription (feuille de soins) you simply present this at the pharmacy and pay there and then. A percentage of the cost of medicines can be claimed back depending on how they are classified. Medicines used for treating life threatening conditions are refunded at 100%, drugs for infectious diseases (e.g. antibiotics) are reimbursed at 65%, and those for less serious conditions at 35%.

Overall, France is a great choice of country to live in based on the quality of the French health service. With an average life expectancy from birth of 82.6 years and consistent high levels of investment in the healthcare infrastructure, it is surely one of the European leaders in the sphere of public health. One of the main topics of concern for people thinking of making the move however, is the issue of health insurance for expats in France – there is no real mystery to the system, as long as you are legally resident in the country, French health insurance for expats is quite easily arranged.

The above article was kindly provided by The Blacktower Financial Management Group and originally posted at: https://www.blacktowerfm.com/news/790-healthcare-in-france-for-expats