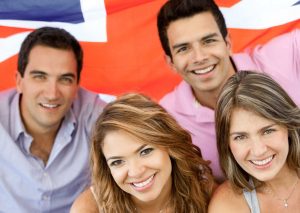 Before Brexit, European free movement allowed British citizens to live and work in the EU without restrictions. For those who met and married foreign nationals, relocation “en famille” to the UK previously raised no immigration issues. Now, because of Brexit, returning to the UK has become more complicated.

In this article Jacqueline Moore, Head of Immigration at Shepherd and Wedderburn, explains a time-limited opportunity for certain family members of British citizens to utilise a route known as “Surinder Singh”.

What is the Surinder Singh route?

The Surinder Singh route forms part of the EU Settlement Scheme (EUSS). The EUSS is the UK Government’s immigration scheme designed to transition EU nationals and their family members into the same immigration regime that applies to the rest of the world. While the EUSS mainly covers EU nationals living in the UK prior to Brexit, it also includes a lesser known route for British citizens who were living in the EU prior to Brexit.

All applications under the EUSS are free. This nil cost is in stark contrast to other visa applications which involve both a visa fee and an annual levy to use the NHS (known as the Immigration Health Surcharge). As a rough indicator, the cost of an individual securing permanent residence as a partner in the UK (a five-year journey involving three separate visa applications) amounts to approximately £8,500. If non-British step-children are involved this fee applies to each step-child of the family too.

What are the rules for qualifying under the Surinder Singh route?

Firstly, the British citizen has to be a “qualifying British citizen”. This means they must have resided in the EU host country for a minimum period of three months as a worker, self-employed person, student, or on a self-sufficient basis. If residence falls into the latter two categories then an additional requirement to have held Comprehensive Sickness Insurance (CSI) applies.

Secondly, there must be joint residence with the non-British family member in the EU host country.

Thirdly, the residence has to have been “genuine residence” (as opposed to residence set up in order to circumvent other immigration rules) that enabled the qualifying British citizen and their family member to create or strengthen their family life together.

What family members can qualify under the route?

Durable partners where the relationship was durable before 31 January 2020. “Durable partnerships” are also known as de facto partnerships and are governed by strict rules. Anyone in this category should consider seeking legal advice before proceeding.

Other dependent relatives who are currently dependent on the British citizen/and or their non-British partner. This dependency must have existed before 31 December 2020 and must continue to exist at the date of application.

Qualifying family members must continue to be in a relationship with the British citizen at the date of application.

Is there a deadline to use the Surinder Singh route?

Yes, British citizens returning from the EU to the UK with non-British family members must be returning to the UK by 31 March 2022 to qualify. Families returning after that date will have to apply under the UK’s standard immigration route for family members.

How can you apply?