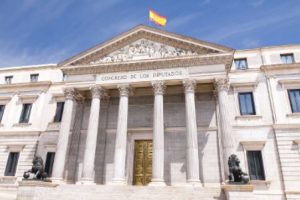 Last year produced a great deal of polarity and fragmentation in Spanish politics; with elections in April and November unable to resolve the uncertainty, and both polls ending with inconclusive results and no majority in government.

However, January 2020 has delivered significant but not necessarily welcome news for expats in Spain; parliament has agreed the formation of a coalition government. The alliance of two-left-wing parties is a landmark event that signals positivity for the country, but HNWI expats may not necessarily be jumping for joy.

While the formation of a government headed by the socialist party’s Pedro Sánchez as prime minister, backed by the far-left “Unidas Podemos” party and its leader, Pablo Iglesias, now means that the government can begin to get on with the work of passing laws and fulfilling a parliamentary agenda, early proposals agreed by the two party leaders have revealed possible issues for some residents.

For example, HNW expats in Spain may face restrictions on their expat financial and tax planning opportunities. New government plans include:

At the moment, however, it is difficult to predict anything with certainty; it will not be until the coalition’s first budget that HNWI expats in Spain will know whether the coalition has been able to pass these intentions into law, so it will be incumbent upon expats to keep an eye on the political news over the coming months.

​​​​​​​​The above article was kindly provided by Blacktower Financial Management Group​ and originally posted at: ​​​​​​​​​​​https://www.blacktowerfm.com/news/755-news-wrap-hnwis-in-spain-braced-for-budget/