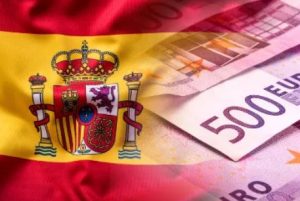 There is so much to recommend the retirement life in Spain. However, the many opportunities inherent in a move to the country also bring a great many challenges. As such, if you want to join the approximately 250,000 British expats who currently live there, you will need to consider a number of important questions, not least how much money you will need to retire in Spain?

Here we take a look at some of the important issues that make up the answer to this question:

How much will my lifestyle cost?

How much for your pound?

Sterling has been on the decline ever since the Brexit referendum result of 2016. In a way, continued uncertainties regarding the future of Brexit make it impossible to predict just how much you will get for your pound.

Against this background, it may be safer to ensure that at least some of your income comes to you directly in Euros – a SIPPs or QROPS pension transfer is one way to achieve this.

How much for property?

Compared to most UK property prices – or at least those in locations that are considered upmarket and attractive – prices in popular destinations such as Mallorca, Costa Blanca, Costa Calida and Costa del Sol, remain relatively inexpensive. This is true regardless of whether you wish to rent or buy.

Cheaper property costs are one reason the cost of living in Spain is generally lower than in the UK.

A Spanish job on the side?

Unless you have some invaluable skills or a failsafe connection, do not rely on the prospect of Spanish employment in order to supplement your retirement income. The 2008 banking crisis resulted in serious economic ramifications and since then native Spaniards and expats alike have struggled to find sufficient employment.

How much will healthcare cost

If you live in Spain you will be entitled to its public healthcare. However, many British expats choose the benefits of private cover. The amount you pay for such cover will largely depend on your age, health and other circumstances. However, the AARP says you should expect to pay at least £170 (€200) per month for full coverage healthcare insurance**.

The UK and Spain share a double-taxation agreement ensuring that you do not pay tax twice on the same income. If you are a Spanish resident, you should declare all your global income to the Spanish authorities. If you are a non-resident in Spain, you will only pay tax on Spanish-derived income.

Our free-to-download Spain Tax Guide has more information about your tax obligations as an expat.

​​​​​​​​The above article was kindly provided by Blacktower Financial Management Group​ and originally posted at: ​​​​​​​​​​​https://www.blacktowerfm.com/news/746-how-much-money-to-retire-in-spain/