Welcome to ‘Spectrum in Occitanie, Finance in Focus’.

The COVID-19 pandemic still dominates the news and will inevitably remain at the forefront of our thoughts for some time. Last month we focused on the financial consequences of this virus and we may well return to this subject in future editions. However, in this issue we are going to focus on the very important, and often neglected, subject of Wills and Inheritance Planning. Succession laws in France differ significantly from those in the UK and careful planning is required to mitigate French inheritance tax.

As a reminder, we are Sue Regan, Rob Hesketh, Derek Winsland and Philip Oxley. Together we form Spectrum’s team in the Occitanie.

Now is probably a good time to revisit the subject of inheritance planning – an integral part of any financial planning review.

Despite the importance of making sure one’s affairs are in order for the inevitability of our demise, very few people actively seek advice in this area and, as a result, are unaware of the potential difficulties ahead for their families and heirs, not to mention potential tax bills which can be quite substantial for certain classes of beneficiary. With some sensible planning you could save your intended beneficiaries a great deal of stress and dramatically reduce their inheritance tax bill.

The basic rule is, if you are resident in France, you are considered also to be domiciled in France for inheritance purposes and your worldwide estate becomes taxable in France, where the tax rates depend upon the relationship to your beneficiaries.

There are strict rules on succession and children are considered to be ‘protected heirs’ and so are entitled to inherit a proportion of each of their parent’s estates. For example, if you have one child, the proportion is 50% of the deceased parent’s estate; two children, one-third each; and if you have three or more children, then three-quarters of your estate must be divided equally between them.

You are free to pass on the rest of your estate (the disposable part) to whoever you wish through a French will and, in the absence of making a will, if you have a surviving spouse, he/she would be entitled to 25% of your estate.

You may also be considered domiciled in your ‘home country’ and if so, this could cause some confusion, since your home country may also have the right to charge succession taxes on your death. However, France has a number of Double Taxation Treaties (DTT) with other countries covering inheritance. In such a case, the DTT will set out the rules that apply (basically, ‘which’ country has the right to tax ‘what’ assets).

For example, the 1963 DTT between France and the UK specifies that the deceased’s total estate will be devolved and taxed in accordance with the person’s place of residence at the time of death, with the exception of any property assets that are sited in the other country. 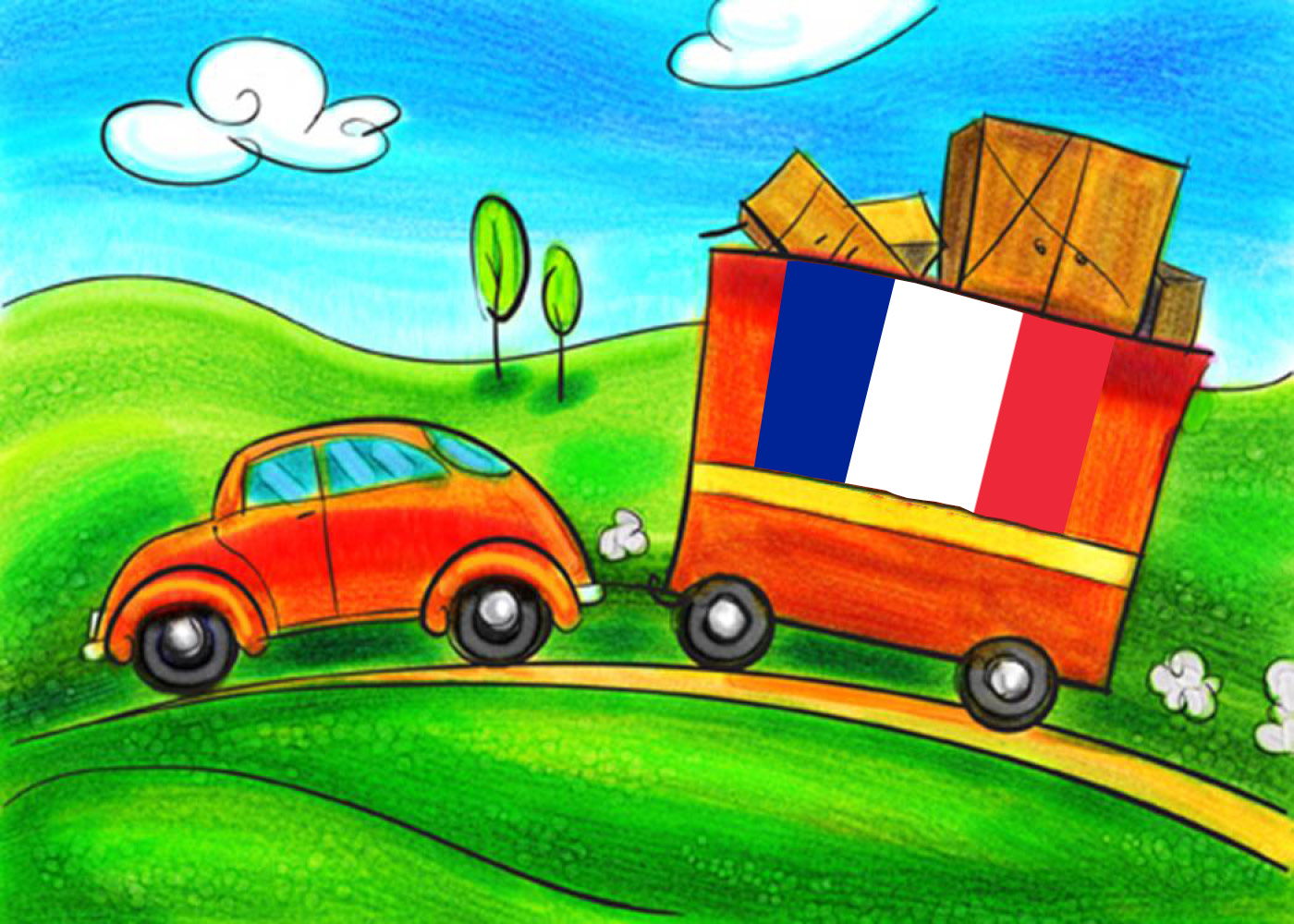 Therefore, for a UK national who is resident in France, who has retained a property in the UK (and does not own any other property outside of France), the situation would be that:

If a DTT covering inheritance does not exist between France and the other country, with which the French resident person has an interest, this could result in double taxation, if the ‘home’ country also has the right to tax the person’s estate. Hence, when people become French resident, there are usually two issues:

Protecting the survivor
There are various ways in which you can protect your spouse:

European Succession Regulation No. 650/2012
Many of you will no doubt have heard about the EU Succession Regulations that came into effect in 2015 whereby the default situation is that it is the law of your place of habitual residence that applies to your estate. However, you can elect for the inheritance law of your country of nationality to apply to your estate by specifying this in a French will. This is effectively one way of getting around the issue of ‘protected heirs’ for some expats living in France.

Adopting a ‘community pot’ marriage regime or family pact
There are other tried and tested French structures available to fully protect the rights of a spouse, that don’t rely on the notaire having an understanding of the succession laws of other countries.

You could choose to have the marriage regime of ‘communauté universelle avec une clause d’attribution intégrale au conjoint survivant’. Under this marriage regime, all assets are owned within a ‘community pot’ and on the death of the first person, those community assets are transferred to the survivor without any attribution of half of the assets to the deceased’s estate.

However, adopting a ‘community pot’ marriage regime would not be suitable for families with step-children. This sort of arrangement could be subject to a legal challenge by the survivor’s step-children as they could miss out on their inheritance due to the fact that there is no blood relationship with the step-parent.

In this situation, a family pact (pacte de famille) could be the solution, whereby families agree in advance who will inherit and when. Of course, this would only really work where there is an amicable relationship between parents and children, as the children are effectively waiving all or some of their right to inherit.

There are a number of other ways in which you can arrange your affairs to protect the survivor, depending on your individual circumstances, and we would always recommend that you discuss succession planning in detail with a notaire experienced in these matters.

By far and away the most popular vehicle in France for sheltering your hard-earned savings from inheritance tax is the Assurance Vie. The assurance vie is considered to be outside of your estate for tax purposes and comes with its own inheritance allowances, in addition to the standard aIllowance for other assets. If you invest in an assurance vie before the age of 70 you can name as many beneficiaires as you like, regardless of whether they are family or not, and each beneficiary can inherit up to €152,500, tax-free. The rate of tax on the next €700,000 is limited to 20% – potentially making a huge saving for remoter relatives or step-children.

Let’s look at a simple example of the inheritance tax position of a married couple with two children, comparing the IHT position with and without investing in assurance vie:

It is clear to see from this example that by wrapping their medium to long term savings in an assurance vie, this couple have saved each child €30,500 in IHT.

Of course, the more beneficiaries nominated, for example grandchildren, siblings, etc, the greater the IHT saving overall. Beneficiaries can be changed or added to the assurance vie at any time. Remember, also, that beneficiary nominations are not restricted to family members, so, whoever you nominate gets the same allowance.

The inheritance allowance on premiums paid to assurance vie after age 70 are less attractive at €30,500 of the premium (capital investment) plus the growth on the capital shared between all named beneficiaries, and the remaining capital invested is taxed in accordance with the standard IHT bands.

Nevertheless, an assurance vie is still a worthwhile investment after the age of 70 as, in addition to the inheritance tax benefits, assurance vie offers personal tax efficiencies to the investor such as gross roll-up of income and gains whilst funds remain in the policy and an annual income tax allowance of €4,600, or €9,200 for a couple, after 8 years.

So, in order to ensure that your inheritance wishes are carried out, some planning may be required and there are investment opportunities to mitigate the IHT for your chosen beneficiaries.