I had a very nice dinner a little while ago with an investment manager I have known for 12 years. We meet regularly and he is one of the investment managers in London that we, as a company, use for some of our clients. So we know each other professionally quite well and one of us always acts as devil’s advocate to the other one’s position in discussions. It is a great way of getting your point of view tested. Yes, we did talk about Brexit, but the more important issue was the fact that long term interest rates are likely to stay low for a very long time in Spain and in Europe. So here are some thoughts about what these low interest rates mean for our savings and investing.

First, Brexit. Brexit is on everyone’s lips and quite understandably so. Whether you love it or hate it, no one seems to be able to work out what is going to happen. I admit to not being able to work out where it will end. The Brexit outcome is incredibly important to us as individuals and businesses. Yet what about for our savings? Britain is the sixth largest economy in the World. Sounds important. According to the World Bank, the World economy is $86 Trillion. Britain’s economy is $2.8 Trillion. So Britain represents just 3.26% of the World economy. Which means we still have 96.74% of the World economy where we can invest!!! 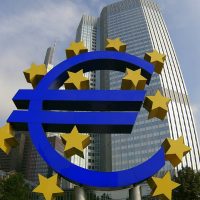 Will low interest rates stimulate the economy? Yes, it will, but not enough to get economies back on track. Mario Draghi, the current President of the ECB, says central banks changing interest rates will help, but Governments have to spend more too for sufficient economic growth to happen. As an example, Germany has been taking a lot of stick because it has not been spending. The amount it collects in taxes etc is equal to the amount it spends.

This is the German Government policy. This is a sensible policy unless parts of the country break down and need repairs. Two items that need repair in Germany are the military and the transport infrastructure.

The military, if the stories are to be believed, did not have one single usable helicopter earlier this year. Roads in Germany need repairs, including bridges. Spending money on these road repairs not only give jobs to workers and their companies but also helps the German transport system to run smoothly. This helps the logistics chain in the economy and gives a boost to the economy. These are two examples of where government spending is helpful and supportive of low interest rates. To offset a recession there has been some suggestion of Germany spending €50 Billion on infrastructure spending. As a comparison, Spain already is spending more than it gets in on taxes.

The Bank of England Monetary Policy Committee is responsible for setting interest rates in the UK. It has said that due to the Brexit uncertainty, the next UK interest rate move is likely to be down. The UK official interest rate is only 0.5% now, which gives an indication of the outlook for interest rates: near zero for a long time.

JP Morgan is the sixth largest bank in the World with assets of $2.73 TRILLION. Bob Michele, Global Head of Fixed Income at JP Morgan, has gone even further than the Bank of England in predicting the European interest rates. His analysis shows that Europe will have negative interest rates for the next eight years. Mario Draghi has also said that European economic growth will be very low for seven years, which is another indicator for low interest rates. Indeed for both the UK and the EU there are many forecasts of very long term, low interest rates.

On the bright side, borrowing costs are much reduced as a result of low interest rates. Monthly mortgage payments are much smaller than normal. Businesses and Governments can borrow at much lower rates. On the dark side, we get little, or indeed no, interest on our savings. How low can interest rates go? Rates are negative in Switzerland and Denmark for people living outside the country. These non resident account holders actually have to pay the bank to take their money. When interest rates on savings are very, very low, what do we do with our savings? 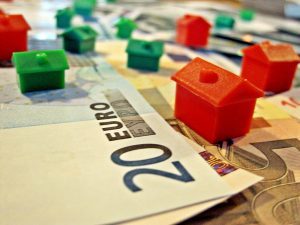 If we have savings should we consider paying off our mortgage? Mortgage rates in Spain are around 1.63% fixed for 20 years (via Spectrum Mortgage Services, email me if you require details). It can be better to invest than pay off a mortgage at this rate. If we have other loans you should look to pay off the loan from savings if the interest rate on the loan is greater than you can achieve by investing. A good benchmark figure to use is if the loan rate is greater than 5% per annum you should consider paying it off from savings.

Despite these low rates it is essential that we keep some money readily available, probably in a bank, as an emergency fund. Yet, with these historically low interest rates, it is also essential we do not leave more than we need in the bank. Inflation, even low inflation, eats into the buying power of money left in the bank. It is an insidious effect we often don’t notice until we come to buy our next big purchase. It is at this point we realise that we can’t buy what we thought we could buy because we have had interest on our savings that was smaller than the rate of inflation. When this happens, buying power falls. Instead of being able to buy the sports version of a car we find we can only afford the base model.

We need to use other types of savings and investing strategies during times like these. There are many other options, but most alternatives come with some investment risk. What does investment risk look like?

What is the investment return on the S&P 500 since bank interest rates hit their lows in 2009? INCLUDING the falls above, it may surprise you that the return has been 219%.

This is just one index based on shares in one country and is used to highlight volatility in a market. To reduce the impact of this volatility our savings should be in diversified pots. A fair question for you to ask me is “With these low interest rates, what pots do you invest in?” The answer is I have a mix. I have some very steady, some would say old fashioned, funds. Others are with a mix of investments managed by a fund manager, including some investments in the S&P 500. I have some UK Premium Bonds for my emergency fund as they are easily accessible. I have income producing investments in my pension. Index linked funds give me some protection against inflation (just in case we get an unexpected event). I have some forward looking funds that invest in India and China. And then… well I have three small holdings in UK private companies making new technologies and an Exchange Traded Fund (ETF) for Artificial Intelligence and Robotics.

There is diversity across types of investments, e.g. shares, funds, regions and bonds. Within the higher risk parts there is balancing of risk. The three individual shareholdings in tech companies are very high risk because the value of the shares in each company depends on the results of that company alone. Balance is provided because the ETF performance which depends on the 41 companies it tracks. If one company does badly, there are 40 others to take up the slack. It was sensible for me to diversify from an investment being dependent on the results of one company, to something which is dependent on the results of 41 companies. Especially as I am not a researcher in the fields of AI and robotics.

This is my mix of investments, but it may not be right for you depending on what return you want and how much risk you are prepared to take. Do I also choose superb investments and do these investments avoid market falls? I admit it, no they don’t. But my diversification does.

Tax is also relevant to the good husbandry of your savings at all times, not just when rates are low. With money in the bank and interest rates so low, it is not much more than adding insult to injury when the taxman takes 19% to 21% of your interest. However, it is important that having moved your savings from a bank account you make the investment tax efficient. How to do this will depend upon your situation and requires individual advice.

As is often the case, what looks like a disadvantage, the low interest rates, means opportunities appear elsewhere!

​​​​​​​​The above article was kindly provided by Barry Davys from The Spectrum IFA Group​ and originally posted at: ​​​​​​​​​​​https://www.spectrum-ifa.com/interest-rate-outlook-and-what-it-means-for-your-investments/