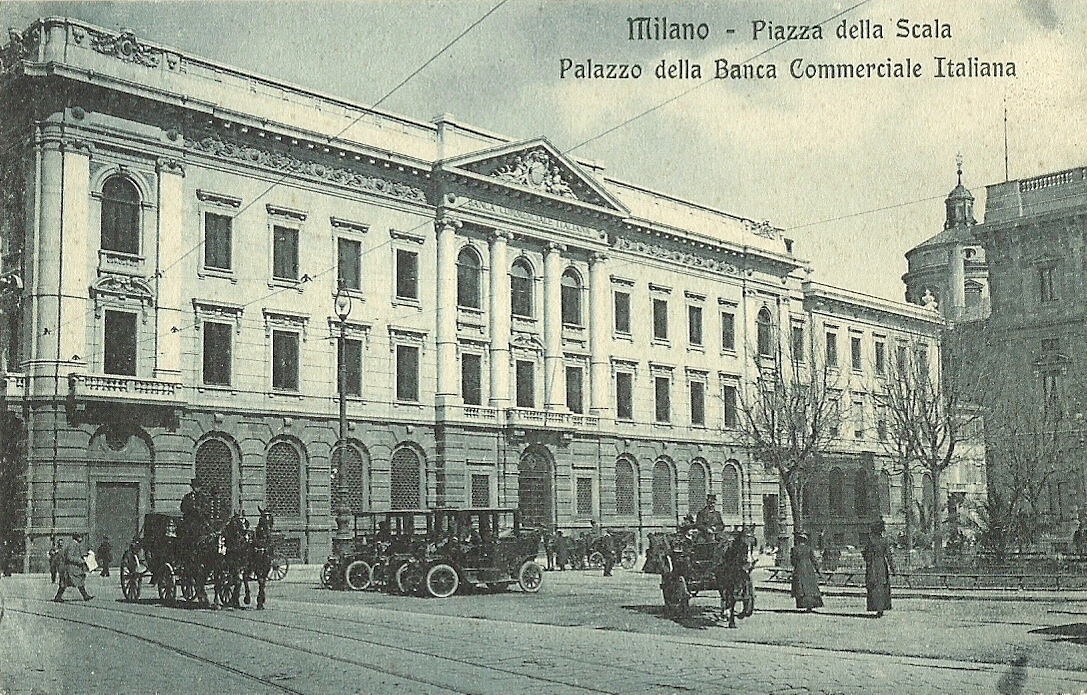 In this article, I take a slightly closer look at Italian banks and at what our risks are as deposit holders in banks, which, in all probability, are going to be a risk in the near future as the Italian economy slides further into contraction and a likely deflationary spiral.

But before I go into that I thought a little update on life post-lockdown might be in order. I was hoping to have written more articles during this time, and also send more videos, but after week 3 of lockdown and a decision to do an exercise challenge online every day with some friends and colleagues, I ended up with a herniated disc, a lopsided spinal column touching the sciatic nerve and was unable to sit down for 3 weeks due to the pain (lying down and standing up only). In fact, writing this article is my first attempt at spending any length of time in front of the computer. Well, if nothing else I have learned that I am no longer a spring chicken and need to be a bit more careful about my exercise routines in the future! Other than that, nothing has really changed much for us here, apart from being able to go out more. An unexpected upside of the lockdown has been that Rome without mass tourism is an absolutely beautiful place to be at this time of year. But since schools are still online and the teachers have ramped up the lessons to 4 hours online a day, then there is little chance to do anything other than manage the daily lessons and homework routine. Thankfully only 2 weeks to go and the school season will be over. Then what we do is anyone’s guess! I will keep you posted.

OK, so back to some financial news. I want to take a closer look at Italian banks in this E-zine, specifically just what our risks are by holding our cash in them, whether the minimum deposit holder guarantee is really worth anything and what we might be able to do to avoid any potential near and medium terms risks. 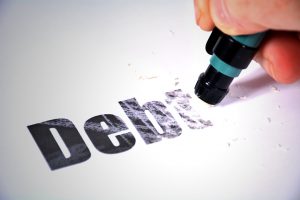 To start this somewhat complex journey we need to first look at the subject of Italian government debt: who holds it, how quickly they would be likely to sell it if problems persist and ultimately who would be left carrying the losses.

Firstly, let’s examine the distribution of Italian government debt between domestic and foreign holders (foreign holders tend to be less loyal and more likely to sell at the first whiff of trouble). There is a widely held belief that the majority of Italy’s public debt is domestic because Italian households hold large financial assets. You may have heard the term ‘Italians are great savers’. This is true and the approximate net wealth of Italian households is €10 trillion, of which about a half, €5 trillion, is in financial assets. This figure is about twice the amount of public debt (before the Covid crisis) and could go some way towards explaining why one might consider the public debt to be covered by the assets and cash that Italians hold in the country.

However, the figures show that Italian households only hold about €100 billion in Italian public debt (roughly 5%) because a much larger part is held by Italian financial institutions: banks, insurance companies etc. whose ultimate beneficiaries, interestingly, are Italian households! This is where our risk lies! As Italian bank account holders, the real risk is that since Italian financial institutions are so heavily invested in the Italian state, a crisis in government could create a potentially bigger crisis in the financial sector.

Other categories of debt

We should also note that public debt also comes in the form of direct loans. Italian banks also have on their books about €290 billion of loans to general government and we don’t know much about the rates charged by banks on these loans. These are mostly issued to Italian local and regional authorities. 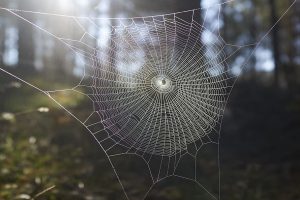 A web of complexity

We know that Italian households don’t own a large part of the public debt (directly): it is the financial institutions that hold the lion’s share. Banks alone hold about €400 billion of Italian government debt and if we include the loans to regional government then their total liability is in the region of €690 billion. This means Italian banks are by far the biggest source of funding for the Italian government and they lend more to the government than they do to small and medium sized businesses. That might explain the somewhat eternally sluggish entrepreneur market in Italy.

We also know banks are supposed to be safe and deposits guaranteed up to €100,000 per bank / banking group (clarification on this point below), but our deposit money is, in reality, an indirect loan to the Italian state.

Another 2 groups who hold Italian government debt are insurance companies (think Generali) who actually take a much longer term view and are less likely to sell in distressed markets, so we don’t need to worry too much about them. The other group is investment funds.

Investment funds are all those funds which you often find being offered by the banks to investors and quite often are loaded with Italian government debt. Those holdings need to be valued daily and will be much more likely to be traded quickly on the back of bad news. Between domestic and foreign investment funds, they hold approximately €750 billion of traded Italian government debt. This might sound a lot, but running into the Covid crisis it represented only about a third of all the Italian government debt in issue, and so even if subjected to frequent trading, it is less likely to have an impact on the stability of the system. Although, in the case of a government default they would be the first in line to take the losses, along with the banks! 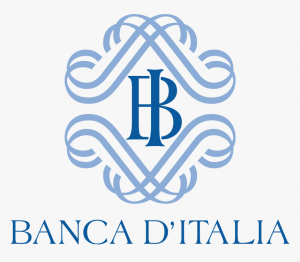 ​​​​​​​​The last major holder of the debt is perhaps the elephant in the room: Banca D’Italia.

They owned approximately €400 billion of Italian government debt pre-Covid, and probably a lot more now. However, this is essentially a ‘giro dei soldi’ and any interest that the Banca D’Italia earns from the Treasury, it immediately pays back. This debt can pretty much be considered Italian government debt. Also, it’s worth noting that the majority of this €400 billion was acquired under the last financial crisis European Central Bank quantitative easing programme, which basically means that Italian government debt is held by the ECB and has the effect of mutualising debt across other EU states. The ECB could raise interest rates on this debt and / or create less favourable payback conditions, but given the state of the EU, economically and politically, this is very unlikely.

How could trouble start in the banking system?
It is at this point that we return to the start and I answer the question (to the best of my ability), Italian banks – should we be worried?

As we have seen, the whole financial system in Italy is pretty much tied up with the state. It’s a clear case of robbing Peter to pay Paul. In addition, the majority of Italian debt is held within the EU, so there are vested interests holding the machine together, maybe with sticking plasters and bits of twine, but it is holding and working. And let’s not be under any illusion that this is just an Italian problem. France, Greece, Spain, Germany to name a few, are in similar situations.

Covid will not ease the situation, but given that a lot of the debt being created to ease the burden across the EU, will in some way or another be spread across it, it would take a pretty big move across global financial markets against the EU or one specific EU state for something major to happen. That being said, we would never have expected Covid to occur and so never say never. 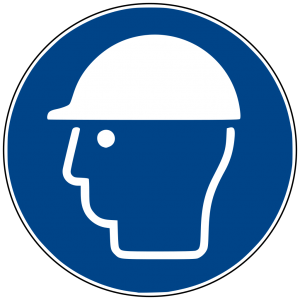 What we can do to safeguard ourselves?
We all need banks for our daily living, and as we have seen in this article, Italian banks are just another appendage of the state. So, the safety of them is essentially a bet on the reliability of the Italian government, which brings me to my most important point. The safety of your Italian bank deposits, in truth, probably relies more on the stability of Italian politics than any other factor and my opinion, for what it’s worth, is that no matter which party comes into power in Italy, things move at such a snail’s pace that it’s hard to find myself losing sleep over my banking arrangements.

Protecting myself
That being said there are some measures to try to minimise my risk. The first being the minimum deposit guarantee of €100,000 per bank / banking group. In all honesty it’s not really worth the paper it’s written on and if there was a widespread run on Italian banks then the state would have to jump in and issue more debt, (which the banks would buy even more of), or the EU would have to step in to hold together the EU project. There are no reserves set aside for a moment like this. However, that being said it does make sense to spread your money if you hold more than €100,000 in cash. The key is in the wording, in that it is €100,000 per bank / banking group.

The 4 banking groups in Italy are the Intesa San Paolo group, the UniCredit group, Banca BPM and Monte Paschi di Siena. Look out for the logo of one of these groups on your banking material, or check out your bank website and look at the small print to see if it belongs to one of these groups and if you have more than €100,000 in any one bank or group then think about spreading it. Alternatively, with bank interest rates being effectively negative, consider investing cash to maintain its long term value, whilst always leaving yourself with an adequate fund for emergencies.

Other banking options to look out for are the online bank offerings. I hear many people tell me that they opened up a bank account in Italy when they arrived, either by going along to their local branch and speaking with someone there, or a real estate agent helped them to do it. Most of these accounts are really basic bank accounts with very high charges and if you are a resident, and have an account like this, then consider looking at the online banks in Italy. I am a fan of Fineco bank, with whom I bank with myself. They have excellent terms and conditions and low charges. There are others as well such as Che Banca. Just make sure it is a separate ‘banking group’ to your main bank!

Other than this there is not much more we can do to protect ourselves from a banking crisis in Italy. A banking crisis will evolve from a political crisis and we should see that slow train coming from some way off. I will keep you posted. So no need to lose sleep about it, and concentrate more on getting back to our ‘bella vita’ in ‘il bel paese’.

The above article was kindly provided by Gareth Horsfall from The Spectrum IFA Group and originally posted at: ​​​​​​​​​​​https://www.spectrum-ifa.com/italian-banks-should-we-be-worried/