Changes to UK Driving Licenses (When Living in Spain)
Up until the end of 2020, British driving licenses were valid in Spain. Furthermore, Brits were able to exchange their British Driving License for a Spanish one up until 31/12/20. From this date onwards, Brits residing in Spain prior to this have not been able to exchange their British driving licenses for a Spanish one.

For those residents who failed to meet the Spanish deadline to exchange their licences for a Spanish one, they currently (as of 08/07/22) cannot drive on their UK licence – this does not apply to holidaymakers hiring a car. The Spanish Government has already issued four extensions to the ‘grace period’, allowing Brits to still drive using their UK license. The grace period ended on 30/04/22.

Hugh Elliot, the British Ambassador to Spain and Andorra, issued an update on Twitter stating that they were working on a resolution to this. The belief is that they are hoping to secure a deal, similar to the UK’s deal with France, Sweden and many other European countries, in which UK Driving Licenses can be swapped for the license of that country (providing that the individual is resident).

According to SpanishNewsToday, the proposed deal would allow Brits living in Spain to swap their UK driving licenses for a Spanish one for an additional period of six months. The deal would also see UK Driving Licenses valid for a further six months. If this proves to be the case and you have not yet exchanged your license, I would recommend that you seize this opportunity.

Spain and Italy are the only EU countries in which Driving License exchange conversations are ongoing. 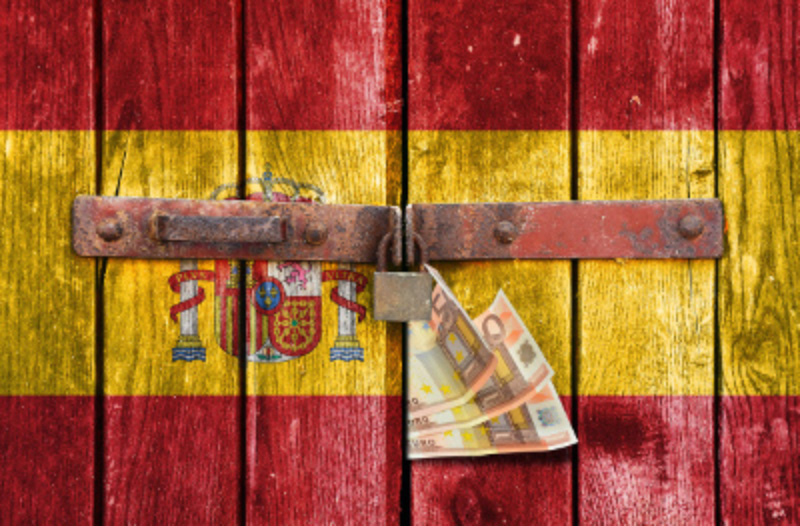 Financial Matters for Brits living in Spain after Brexit
From a tax perspective, for Brits living in Spain before Brexit there should not be a change as it is highly likely that you were a tax resident prior. Being a tax resident in Spain means that ‘your centre of economic or vital interests is in Spain’. As a result, if this is the case you must declare your wealth and worldwide income accordingly.

However, what has changed is the Private Pension agreement in relation to the Wealth Tax. In 2019, a ruling by Spain’s Directorate-General for Tax declared that Private Pensions from non-EU states are now eligible for Wealth Tax. Please read this article on Wealth Tax to find out more about it.

Furthermore, it is now more important than ever that Brits ensure that their finances are managed correctly. From 2021 onwards, Financial Advisers based in the UK are no longer permitted to advise clients based within the EU. The same situation applies to UK based banks, investment and insurance companies and stockbrokers.

If you are still using a UK-based financial adviser or service whilst a resident of Spain, they may well be breaking the law whilst servicing you. This could still be the case even if you only engage with them when returning to the UK to visit, providing that you are a resident of Spain. Furthermore, their professional indemnity insurance may not cover you. This may leave you vulnerable if you were to receive poor advice. 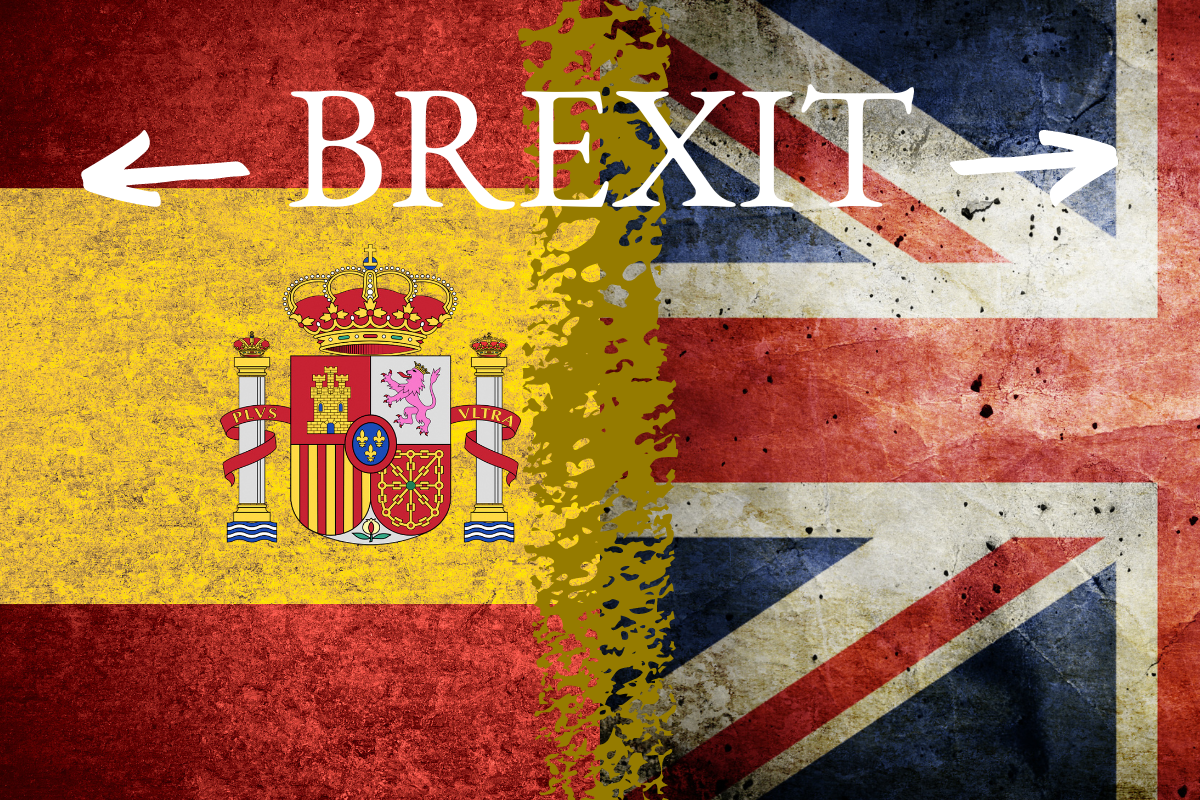 18 months on from Brexit in Spain – What has changed?
We are now over a year on from the end of the Brexit Transition Period (31/12/2020). Whilst British Expats in Spain continue to enjoy their life as it was before the Brexit, overall things are a little more complex than they once were. It’s important to understand these changes – some are more complex than others.

For Brits wanting to move to Spain in 2022, although it is far from impossible, the changes imposed have made this more complex. The door has not closed, however, it is important to seek clarification from experts who are aware of the legislation and will be best suited to providing you with available options.

Many Brits in Spain have experienced frequent ‘run of the mill’ changes to their lives in Spain compared to before Brexit. Whether this be extended queues when going through passport control, taxes on imports or companies no longer shipping to EU customers, most British people in Spain will have been effected at least in a minor way. However, there are bigger issues which people need to be aware of. 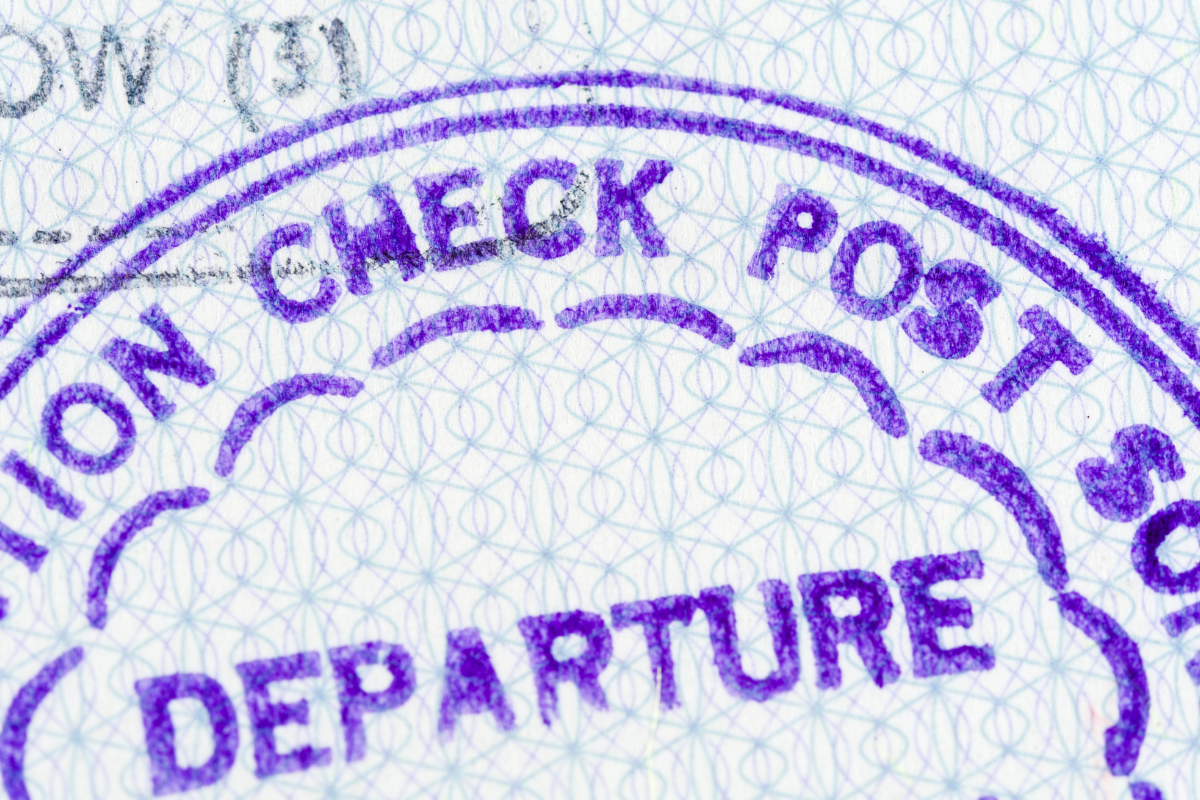 90 Day Travel Rule
To summarise, unless you are a Spanish resident or have a visa you can no longer spend more than 90 days in Spain in a rolling 180-day period. This rule has particularly affected Brits who have holiday homes in Spain and used to come and go as they please. Now, it is important to plan your trips to Spain throughout the year to ensure that this 90 in 180-day rule is not broken. Furthermore, this rule does not only apply to Spain. It applies to everyone country in the Schengen Zone.

Brits who are non-residents must also now get their passports stamped as they enter and exit Spain. However, this is a temporary procedure. The EU are working on the European Travel Information and Authorization System (ETIAS), which is set to come in to force towards the end of 2022. This system will allow for the electronic tracking or arrivals and departures.

Spanish Residency Permits – Green Card and TIE
Those who were resident in Spain before the Brexit will keep their Spanish citizens’ rights. They should have the old green NIE card or a new TIE. The TIE, also known as the ‘Tarjeta de Identidad de Extranjero’ in Spanish, should state on it ‘Articulo 50’, meaning that it was issued as part of the Brexit Withdrawal agreement.

Although according to Spanish Law the green card remains valid, Brits have been encouraged to change it. Certain authorities have been said to no longer accept this card as suitable verification. Furthermore, the TIE is far more durable, can simplify administrative processes and acts as a valid form of ID as it contains a photo. In Spain, the law is that you must carry a form of ID when outside of your home. The TIE is allowable whereas the NIE ‘green card’ is not.

Spanish Residency Permits – Post-Brexit Arrivals
There are several ways in which you could apply for a residency permit post Brexit. However, although far from impossible, it must be said that this process is significantly more complicated than if you had arrived pre-Brexit. Working visas have proved challenging to obtain and, depending on your individual circumstance, sponsorship may be required.

If you are retired, you may be able to apply for a Non-Lucrative Visa and Residency Permit. To qualify, you must prove that you are financially stable (with sufficient resources to support yourself moving forward) and have suitable medical insurance along with a clean police record. It is also imperative that you go through the application process in the UK, before arriving in Spain.

Another option is the Golden Visa. You must invest a minimum of €500,000 into a qualifying investment scheme or property. If you were the obtain the Golden Visa, you would not need to abide by the 90 in 180-day rule and you could enter and exit Spain as you please. Please note that this does not give you freedom of movement around Europe, but only in Spain.

If you would like to speak with a Financial Adviser in Spain, Chris Burke is experienced, qualified and legally able to discuss your financial matters. Chris is also able to review your current pensions, investments and other assets, with the potential to make them more effective and tax efficient moving forward.

If you would like to find out more or to talk through your situation and receive expert, factual advice about living in Spain after Brexit, don’t hesitate to get in touch with Chris via the form below – or click the button below to make a direct virtual appointment here.

The above article was kindly provided by Chris Burke from The Spectrum IFA Group and originally posted at: https://www.spectrum-ifa.com/portuguese-capital-gains-tax-changes-from-budget-2022/