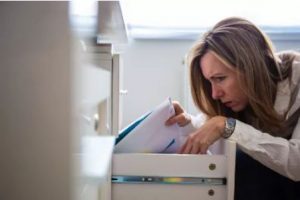 Many British retirement savers could retire two years earlier than they realise, according to a new piece of research from pensions advice firm Profile Pensions*.

This, says the firm, is because one in four over 55s have lost track of their pension funds, a fact that helps to account for a significant proportion of the UK’s approximately 1.6 million unclaimed pension pots. It is estimated that these funds have a combined value of around £37 billion.

The situation is even worse for younger retirement savers, with three in ten 25-34 year-olds saying they have lost track of a pension. One in ten respondents were not sure whether they would be able to account for all their pensions.

The firm calculated the average value of missing pensions at around £23,000 per pension saver and estimated that those who have a missing pension would be able to retire, on average, two and a half years earlier, in the event that they were able to locate all their funds.

Pensions form the bedrock of most peoples’ retirement strategies; it is vital, therefore, that savers are able to locate their savings so that they can plan appropriately and, if suitable, transfer and consolidate their pensions into a cheaper and more effective SIPP or QROPS plan – a strategy that may be particularly effective for those seeking expat pensions advice.

It is hoped that the impending introduction of the Pensions Dashboard will help to reduce the incidence of missing pensions by allowing savers to see all their funds in a single online platform location.

The dashboard was due to be introduced by 2019 but has been delayed by various factors, not least government preoccupation with Brexit and the temporary suspension of the Pensions Bill during last month’s general election.

​​​​​​​​The above article was kindly provided by Blacktower Financial Management Group​ and originally posted at: ​​​​​​​​​​​https://www.blacktowerfm.com/news/748-lost-pension-funds-worth-nearly-40-billion