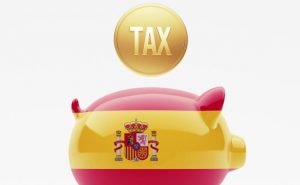 Feeling confused about what tax you should pay, when and to whom?

It isn’t easy navigating a tax system that you are unfamiliar with, especially if you still have assets or an income from the UK, or other countries, and when you are dealing with a tax office in a foreign language it can hinder your ability to fight your corner!  In this article I’m aiming to take some of that confusion and worry away.

I head this editorial mission impossible almost, but not totally, tongue in cheek.  Anyone who has lived in Spain for any length of time will know that everyone you speak to for advice will give you a different answer … very different to the straight forward ways when talking about tax and finances in your home country!

I believe part of the confusion is down to interpretation of the guidelines on the part of gestors, and also a lack of familiarity with how to tax income not derived from Spain.  There is also, of course, the advice we receive from our fellow expats in the local bar!  All in all, it can make the whole situation feel very unnerving and the temptation is to bury your head in the sand.

Whilst most people don’t mind paying some tax to the Spanish authorities, others prefer to limit their liability in Spain and historically those people have lived ‘under the radar’ here in Spain, in some cases for many years.  However, from 1 January 2021 this is going to be much more difficult, particularly as the time you can spend in Spain as a non-resident is now limited to 90 days in every 180 without a visa or residency. 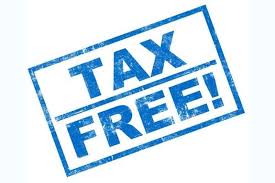 I would first like to confirm what the Personal Allowance is in each country.

HMRC stipulate that income from a UK rental property MUST be taxed in the UK.  That does not mean, however, that there is no further tax liability in Spain.  You should still complete a Spanish tax return, detailing the income from the UK property and a deduction will be made by the Hacienda for the tax you have already paid on that income in the UK.

If you derive income from employment in the UK it will automatically be taxed under pay as you earn (PAYE) by HMRC.  That does not mean that you have fulfilled your requirement to pay tax if you live in Spain.  As with other income, your employment income should be detailed on your Spanish tax return, with a deduction by the Hacienda for the tax you have already paid on that income in the UK.

This income (unless it’s a retirement annuity contract/Section 226) will automatically be taxed under pay as you earn (PAYE) by HMRC.  That does not mean that you have fulfilled your requirement to pay tax if you live in Spain.  As with other income, your private pension income should be detailed on your Spanish tax return, with a deduction by the Hacienda for the tax you have already paid on that income in the UK.

There is a way of reducing the tax due in Spain on private pension income to 3%, which is too detailed for this editorial.  We can provide advice on this on an individual basis should you want to know more.

There are investments available to Spanish residents that are very similar to ISAs, called Spanish Compliant Investments.  That does NOT mean bringing money into Spain (we never recommend that), but it does mean that the investment qualifies for special tax breaks with the Hacienda, that results in tax free growth and tax efficient withdrawals.  We can provide advice on this on an individual basis should you want to know more.

Information regarding investment, savings and bank account balances and withdrawals was collected automatically on 31 December 2016 and each year thereafter by each financial institution and passed to the tax office of your country of residence if the account is held in a country other than which you reside.  Domicile, nationality or citizenship is not taken into consideration.

For instance, bank account details as at 31 December 2021 for an account held in the Isle of Man will be reported to HMRC in the UK on 30 September 2022 if you are a UK resident.  The same information will be sent to the Hacienda in Spain if you are a Spanish resident.

To summarise, if you live in Spain and have monies deposited in another country using your Spanish address, information will be shared with Spanish tax authorities each year… so sharing is definitely not caring from the point of view of many expats!

The above article was kindly provided by Andrea Speed from Speed Financial Solutions and originally posted at: http://www.speedfinancialsolutions.com/mission-impossible/