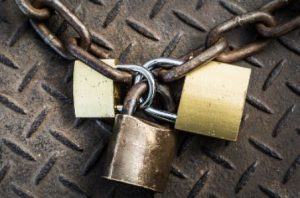 As part of our new NEWS WRAP feature we take a look at an industry-related news item which directly affects our business and our clients.

No Deal is No Excuse: Get Your Finances Checked Today

There has never been a more uncertain time to be a British expat pensioner. In Boris Johnson’s first few weeks as PM, Brexit news has been coming thick and fast; whether it is the prorogation of parliament, challenges in Scottish courts, defecting ministers or talks of a new referendum, trying to digest every new development is extremely worrying and challenging.

Fortunately, it remains unlikely that those expat pensioners who have taken financial and wealth management advice during Brexit will have too much to be concerned about. With their residency status established and their private pensions and retirement investments checked by a professional, they are likely to have the necessary secure platform from which to make the inevitable post-Brexit transition as smoothly as possible.

However, as No Deal becomes more and more likely for Johnson’s government, those who rely in any way on the state pension for the funding of their life as an expat in EU countries could be feeling some understandable disquiet.

While a “triple lock” on pensions, to ensure protection from the twin factors of inflation and the rising cost of living, has been promised for three years; what happens beyond this period is uncertain.

Amber Rudd, who delivered the three-year triple lock guarantee on 2 September, said the assurance was made however UK exits the EU, but made no assurances for any further negotiation.

As it stands, state pension payments rise each year by whatever is higher: inflation, average wages, or 2.5 percent.

Those living outside of the protection of the EU, and the triple-lock, must accept that their expat pensions are entirely dependent on individual negotiations between Britain and their respective country of residence. Given that even some of Britain’s closest friends – and Commonwealth countries to boot – have been unable to agree a similar deal, EU expats must be alive to the possibility that their pensions might be frozen at the end of the three-year period. If it can happen to pensioners in Australia, South Africa and Canada, it can happen to those in the EU too.

Losing out on the pensions increase over the course of one or two years might not seem like much, but when it is considered that an expat living in the EU in 2050 might still be receiving the state pension at the 2023 rate it becomes easier to imagine the size of the cumulative impact. A no-deal Brexit has the power to diminish an expat’s spending power, particularly over the long-term.

At this point in the negotiations, no-one can fully predict the outcomes, but there is no excuse for being under prepared. Seeking advice about your pensions and investment income status and the likelihood of upheaval in the event of No Deal should be an absolute priority for UK expats wherever they are in the EU.

​​​​​​​​The above article was kindly provided by Blacktower Financial Management Group​ and originally posted at: ​​​​​​​​​​​https://www.blacktowerfm.com/news/722-expat-state-pensions-could-decline-under-no-deal