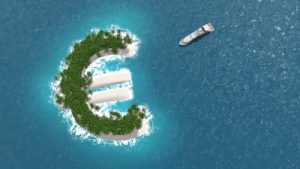 The UK government has admitted there are not enough pension transfer specialist advisers to deal with demand, particularly in the case of more complex transfers into overseas pensions. This was the government’s response in March to a consultation launched two years ago, on whether the need to take financial advice, introduced with pension freedoms, created difficulties for overseas residents – residents such as those living in Cyprus wishing to transfer their pension savings from the UK to a qualifying recognised overseas pension scheme (QROPS).

According to data from HM Revenue and Customs (HMRC), there were just short of 10,000 transfers to a QROPS in the 2016/2017 tax year. However, from these, only transfers of more than £30,000 would be subject to the advice requirement.

This feedback comes at the same time that the regulator has expressed fears that the members of eight of the UK’s largest company pension schemes are targets for rogue financial advisers, prompting their intervention. The Financial Conduct Authority (FCA) and the Pensions Regulator have alerted the trustees of company pension plans, including Lloyds Banking Group and J Sainsbury, that unscrupulous advisers may try to persuade their members to transfer out. They acted after a surge in pension transfers, following freedoms announced in 2015, with the quarterly total hitting a record £10bn in the first quarter of 2018, according to official statistics. They fear that advisers are trying to prey on worries about the future of pension funds. The regulators warned the trustees at J Sainsbury and Asda after the two supermarket chains announced a merger in April.

Unfortunately, like in any industry, there will always be the good and the bad and that is no different in financial services. The fact that transfers exceeding £30,000 require specialist advice is a real positive as it should avoid inappropriate advice. At Blacktower, we always adopt a ‘four eyes’ principal whereby any advice given is checked not only internally, but always requires external advice in the case of transfers from defined benefit schemes. Pension transfer advice is very technical and we will only ever recommend a transfer if the benefits from the existing scheme can either be matched or improved on.

The real area of concern however remains for the smaller pension pots of less than £30,000 as there is no advice requirement. I was helping someone recently who had four separate periods of employment in the UK that attracted a pension entitlement. Whilst these four pension pots were individually less than £30,000, the total exceeded £100,000. As cited by the FCA, an unauthorised adviser could have recommended an inappropriate pension transfer leaving the individual worse off than had she kept the pensions where they were. Whether a transfer is £10,000 or £1m we follow the same strict rules to ensure that best advice is always given. Sadly, that is not always the case as evidenced above.

There are potentially thousands of expats living in Cyprus who have not yet drawn on their private or company pension plans. With annuity rates at rock bottom, there is often a very strong case to transfer your entitlement overseas. Every case, however, is different. I have had personal experience of helping a vast and varied number of individuals and no two situations have been the same. For that very reason, I urge anyone not yet retired to seek professional advice from a regulated and authorised firm so as to avoid the many sad cases of people suffering from unscrupulous ‘advisers’ elsewhere.

​​​​​​​​​The above article was kindly provided by Blacktower Financial Management Group and originally posted at: ​​​​​​​​​​​https://www.blacktowerfm.com/news/598-pension-transfers-the-need-for-advice