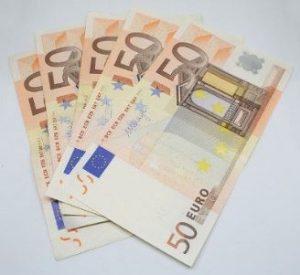 Expat financial advice is a must for any British expat living in Portugal, Spain or Italy to ensure they meet their cross-border taxation obligations while also making the most of the financial growth and preservation opportunities available to them.

However, there is no off-the-shelf recipe for success in this regard. Instead, expat financial advisers need to take full account of every client’s individual circumstances before recommending any product or strategy.

Furthermore, the parameters affecting expat investors are subject to jurisdictional differences and change, so it is not only essential that expat financial advisers stay abreast of their clients’ changing needs and circumstances but also the changing legal and regulatory environment in which their investments operate.

From 1 January 2019 the Italian government introduced a tax break for certain retirees that entitles them to a 7% flat-rate tax for five years as well as exemption from the more stringent foreign asset reporting requirements. The scheme is available to new and recent expat retirees in Italy who decide to reside in a town with less than 20,000 inhabitants situated in one of the following regions:

All income from foreign assets for people in such circumstances will be subject to the flat rate tax, and without the normal reporting requirements on foreign assets a further tax liability is reduced.

To be eligible for the regime, you must not have been an Italian tax resident for five tax years and must have pension income that stems from a non-Italian source – for example, a SIPPs or QROPS. The special tax regime means expat retirees in Spain will be exempt from income tax, local taxes and wealth tax.

Once the 7% flat rate tax period expires the standard rates will apply.

The move comes as a response to a similar Portuguese scheme which has been successful in attracting up to 100,000 new resident expats to the country over the last ten years, adding several billion Euros to the Portuguese economy in the process.

The Italian scheme is designed to attract expat retirees as well as high-net-worth Italians who might otherwise emigrate to more favourable jurisdictions, including Portugal. However, in Portugal the tax-break regime lasts for 10 years and all other income is subject to a flat-rate of 20% during the qualifying period.

With this in mind, if you are thinking of relocating to Italy to benefit from the new scheme, it is advisable to first receive a review of your wealth and financial circumstances to establish whether this particular route would be financially beneficial.

​​​​​​​​​The above article was kindly provided by Blacktower Financial Management Group and originally posted at: ​​​​​​​​​​​https://www.blacktowerfm.com/news/679-expat-financial-advice-and-italy-7-percent-tax