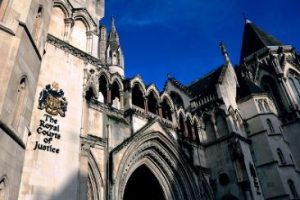 The suitability or otherwise of an expat retirement transfer is one of the fundamental wealth management questions faced by expats looking to structure their finances and inheritance planning.

This is why the question should always be looked at in depth with an experienced and impartial financial adviser who can carefully consider all of the issues at stake, including the impact of any inheritance tax bill.

For example, a recent Court of Appeal ruling means that, as it stands, if you have a Defined Contribution pension but are in ill health and subject the fund to an expat retirement transfer it will be liable for inheritance tax if you die within two years of the date of transfer.

The retirement transfer decision was reached in 2018 in the case of Staveley v HMRC. Mrs Staveley had been diagnosed with a terminal illness in 2006 and had decided to transfer her pension and leave the fund to her children. This meant that she had to exit her former scheme which would have passed the fund on to her ex-husband.

However, the pension holder died within just one month. Lawyers for HMRC argued that because Mrs Staveley had not drawn from the fund before the retirement transfer, it should be considered as a ‘gratuitous benefit\’ for her sons. It was also argued that the move was designed purely to reduce the woman\’s inheritance tax burden.

Although the Upper Tribunal of the Tax and Chancery Chamber agreed with lawyers representing the woman\’s sons, the Court of Appeal sided with HMRC. It said that the transfer should be classed as a chargeable lifetime transfer and that the woman had made an omission to act.

The decision does nothing to provide clarity in regard to expat retirement transfers and inheritance tax planning; in fact, if anything, it only makes things both more complex and onerous.

Critics have said that the rules currently serve only to penalise people for their prudent planning and have said that they are a legacy of an outdated inheritance tax system, which remains off kilter with pension freedoms.

Tom Selby, senior analyst at AJ Bell, told FT Adviser, It is frankly bizarre that someone who transfers from one DC plan to another now risks being hit with a 40 per cent IHT bill – even if the transfer doesn\’t materially change the money that will be passed on if they die within two years.

​​​​​​​​​The above article was kindly provided by Blacktower Financial Management Group and originally posted at: ​​​​​​​​​​​https://www.blacktowerfm.com/news/659-ruling-has-impact-on-expat-retirement-transfers