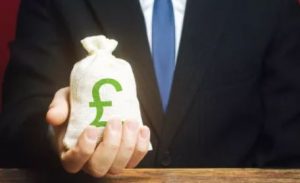 Labour MP for Islington South and Shadow Foreign Secretary Emily Thornberry has published an article for Politics Home in which she calls for greater pensions freedoms for public sector workers.*

Written as part of her failed leadership campaign, the article named five major policy areas she felt the party needs to address in the future: climate crisis, the NHS, Social Care, affordable housing, and pensions.

In fact, the article was largely concerned with the issue of public sector pensions as Ms Thornberry warned that the country faced a “ticking time-bomb” in respect of the sums which will become payable in future decades. She quoted a 2017 estimate which suggested that public sector pension liabilities had a £1.7 trillion shortfall. She said that the public currently spends around £40 billion a year meeting this gap.

Her solution? Giving former public sector workers with less than two years of established pension rights the ability to immediately access 75% of their fund as a lump-sum.

She further suggested a staggered expansion of the proposed scheme. If the initial programme proved successful, it could be extended to those who had four years of service, then six years, and then eight years, finishing at ten years by the end of the Parliament.

Ms Thornberry stated that the scheme should be tax-neutral and provide no tax advantage. She acknowledged that although it would prove relatively costly in the short-term, it would make economic sense in the long-run.

Such a scheme may make economic sense for a future government, but if it were to be taken up, recipients of the potentially only small to medium pension pots would need pensions advice in order to make the right choices in respect of their savings.

There is an obvious danger that offering lump sum payouts may see that money removed from individual retirement strategies and this could deplete retirement income in the future.

​​​​​​​​The above article was kindly provided by Blacktower Financial Management Group​ and originally posted at: ​​​​​​​​​​​https://www.blacktowerfm.com/news/750-proposal-to-give-public-sector-workers-access-to-pensions