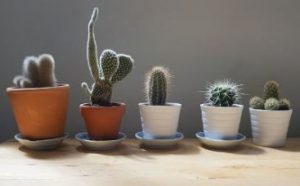 Are you yet to draw on your pension and have one or more dormant, frozen pension pots from when you were employed or self-employed? If you have had a number of jobs during your career then you could have a number of separate pension plans which individually may not add up to much but which you are still relying on to provide you with an income during your retirement.

For someone aged 65 with a total private pension fund of, for example, £100,000 buying an annuity now that will increase in payment at 3% per annum, and is guaranteed for five years will give you an annuity in the region of £3,600 per annum. If you are married then it would make sense to provide for your spouse on death. In doing so, the annuity will come down further to around £3,000 per annum. Looking at the UK State Pension, you must have paid National Insurance contributions for 35 years to qualify for the maximum UK State Pension and unsurprisingly, many retirees do not qualify for the maximum. The combination of poor annuity rates and State Pension deficiencies means that the number of people who will retire in the next 10-15 years on an income well below their needs is increasing rapidly. It is imperative therefore that for those not yet in receipt of pension payments that they take action now so as to avoid potential hardship in retirement.

There are several types of pension schemes, including final salary, defined benefit schemes and personal pension plans. If you have the latter then your eventual annuity/pension income will depend very much on the value of your pension fund when you retire. It is very common, especially when leaving the UK, to ‘forget’ about these pension funds and instead to rely on the insurance company or pension provider to be actively managing your fund for you. When the size of the fund is relatively small then it is very easy to stop monitoring it that closely.

Of course, the closer we get to retirement there is less and less time available to make changes that will make a significant difference over a shorter period of time. In addition, a lot of frozen, paid-up pensions are either invested in outdated With Profits Funds or managed funds that simply plod along at a rate less than inflation.

Rather than ignore these smaller pension funds, I would argue that they should be invested in a far more dynamic way. If you have almost written them off as they will only provide a few hundred pounds a year annuity, you should instead invest them in ways that you would not normally consider for the bulk of your savings. You must firstly find a QROPS or SIPP provider that can offer you an account which is affordable in relation to the amount invested. If you have, for example, five separate pension pots totalling £60,000 then most QROPS are unsuitable due to costs. There are however ‘light’ versions and many SIPPs that will allow you to amalgamate your pension funds into one account therefore becoming more cost effective.

In summary, allowing your total pension fund of say £60,000 to plod along making 1% a year is clearly inadequate. Inflation is running at over 3% so investing your money in this way will merely erode your pension pot and in turn the annuity you can purchase when you retire. Instead, you should look to grow the value of your pot and boost your retirement income. How this is invested depends a lot on how many years you have until you retire. If you are in your early 50s then you can look to take a more aggressive approach. If, however, you have less than five years until retirement age then a far more cautious approach should be adopted as preserving the capital should be your priority.

For further information on how to turn dormant pensions into successful ones and, in turn, how to enhance your retirement income then please contact us for a no-obligation review of your existing pension funds.

​​​​​​​​​The above article was kindly provided by Mark Hollingsworth, Regional Manager, Malta of Blacktower Financial Management Group and originally posted at: ​​​​​​​​​​​https://www.blacktowerfm.com/news/650-small-pension-pots-the-solution