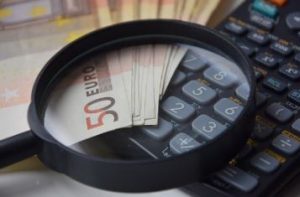 Spanish newspaper ABC has reported that tax authorities in the country are cracking down on expats who fraudulently claim Gibraltar residency for the purposes of wealth management.

Apparently the measures have already led to the collection of €20 million from 160 high-net-worth individuals (HNWIs) claiming residency in Gibraltar when in fact they lived in nearby Andalucía. This meant that, on average, €125,000 was collected from each HNWI.

Jorge Ramírez, a representative of the Tax Agency in Andalucía, told the newspaper, A tracking system was used to collect verifiable documentary evidence, and we found some Gibraltarians whose primary financial interests were actually entirely situated in Spain.

The move has come about as a result of enhanced Spanish monitoring capability, with new technologies and tighter Common Reporting Standards making it more difficult for individuals to under-declare income and assets, particularly that which is located in or originates from overseas.

Gibraltar has long been a popular place of residency for those with wealth management priorities, mainly because of its status as a favourable tax jurisdiction. However, this does not mean that anything goes; HNWIs and their financial advisers must ensure that the status of their tax, assets and income fully complies with the laws of all relevant jurisdictions and, crucially, that they are reported in a clear and transparent way.

During May, ABC ran a story which detailed the success of the Spanish authorities in tracing tax evaders. It said that it had unfortunately become quite common for foreign nationals to live in luxury residences in the Costa del Sol but to claim residency in el Peñón (the Rock).

One troubling issue has been the way some HNWIs hide their true financial affairs behind complex corporate structures in order to avoid various taxes, including property tax, income tax and Spanish wealth tax.

However, it is important that the residents of Gibraltar take wealth management advice to ensure that they understand the difference between legitimate tax minimisation and tax evasion, which is illegal – Gibraltar\’s unique status means that HNWIs can, with the right advice, significantly reduce their tax liability while also remaining within the law.

In recent years, communication between the two jurisdictions has improved considerably. For example, in 2013 93% of people who lived in Spain but worked in Gibraltar failed to disclose their income to the Spanish tax office. Enhanced reporting standards mean that, since 2017, 75% now disclose their income.

It is of course important that all income is declared; however, for many expats it is possible to legally organise their finances in a way that allows them to make the most of favourable tax and financial structures. Professional advice is essential in this regard.

​​​​​​​​​The above article was kindly provided by Blacktower Financial Management Group and originally posted at: ​​​​​​​​​​​https://www.blacktowerfm.com/news/601-gibraltar-and-spain-enhance-information-sharing/