In February I wrote about the impact on investments with Russia’s invasion of Ukraine and inflation rearing its ugly head. For the last month or so, the movement of global stock markets has attracted comparisons to a violin player’s arm joint and the undergarments of a professional lady. This is possibly the future for investments for a while although there appears to be more positive than negative movement (at the time of writing in case there has been a sudden catastrophe).

In the meantime, away from the uncertainty of how much a tank of fuel will cost in 6 months’ time, I want to mention something regarding Spanish tax on UK property.

31st March 2022. The end of the declaration period for everyone’s favourite, the Modelo 720. Although this is not a tax declaration, it does highlight assets and how these might be taxed in the future, whether this be capital gains tax, wealth tax, inheritance tax, or income tax. Focusing on the latter, I believe that it is generally not appreciated that a tax resident in Spain has to pay income tax on a UK property, even if it is not rented out. 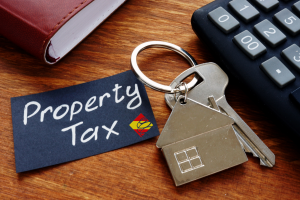 It is (fairly) well known that, if you are a not tax resident in Spain, and you own a property in Spain, and you receive rental income, you have to pay Non-Resident Income Tax (NRIT) or Non-Resident Imputed Income Tax (NRIIT) if you do not receive rental income, perhaps both depending on how much of the tax year (1st January to 31st December) it is rented out. Imputed rent is a fictional amount of rent that the Spanish tax office decides is what you are receiving based on the cadastral value. It works the other way around. That is, if you are a tax resident in Spain with a UK property, and you do not rent it out, you still have to pay tax on the imputed rent.

How is the tax calculated? UK properties do not have a thing called a cadastral value. Some have said on the (not always reliable) worldwide web that it would be the rateable value that would be used. The actual rule is that, if there is no cadastral value, the tax is based on 50% of the original purchase price with the application of a rate of 1.1%. That gives you the imputed rent. It is this figure that would be used for income tax purposes.

For some people, this may not introduce a problem, especially when considering the double tax treaty between the UK and Spain. It is the fact that those who should have been declaring this “income” have not been and my message could prompt a chat with their tax agent. The Spanish tax office is regularly sweeping up what they (or their computer) see as outstanding items, often up to 4 years old in line with Spain’s statute of limitations.

The above article was kindly provided by John Hayward from The Spectrum IFA Group and originally posted at: https://www.spectrum-ifa.com/spanish-tax-on-uk-property/