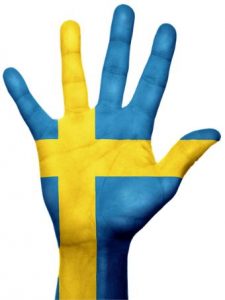 If you are an expat in Sweden, wealth management that takes account of your cross-border financial interests is a must.

However, with Brexit looming there is currently an added layer of concern, with the UK’s imminent separation from the EU undoubtedly relevant to certain components of any British expat’s wealth management strategy.

Fortunately, and despite a constant deluge of disturbing headlines that could easily have you believing otherwise, there is little chance that British citizens living in Sweden will need to make any fundamental changes to their outlook.

The exit agreement reached between the European Council and Britain on 25 November has already done much to allay concerns regarding rights of residency, pension benefits, healthcare, and social security, as well as the transferability of certain professional qualifications.

This means that UK citizens living in Sweden – as well as Swedes living in the UK – should be able to work, live, study and retire in their adopted country of residence – and this includes Brits settling in Sweden before the end of 2020’s transition period, while the same applies to Swedes in Britain.

The Swedish government has said that it is busy working out an efficient way for Britons who have a right of residence in Sweden under EU law, to be able to remain in Sweden on terms similar to those they already enjoy – this is in line with the European Commission’s communication on emergency preparedness that was issued on 19 December 2018.

Furthermore, the Swedish government has already indicated that it is preparing a scheme that will easily allow Britons in the country to apply for either temporary or permanent residence.

A Swedish government memorandum, published on 11 January 2019 and updated on 25 February, examined the issue of contingencies for British citizens in Sweden in the event of a no-deal Brexit.

The memorandum proposed that British citizens and their families are to be exempt from the requirements for residence and work permits for a time-limited period during which they will have time to adapt and to apply for the right to stay. The memorandum further proposed legislative amendments to make the application process easier.

Blacktower works to ensure that our clients receive the financial products and services that are best suited to them wherever they are in the world and whatever their situation.

Our office in Stockholm, Sweden, works to assist the wealth management, tax and pension planning of expats in the country who are looking to make the most of their cross-border financial interests – this includes help negotiating the uncertainties of Brexit.

​​​​​​​​​The above article was kindly provided by Blacktower Financial Management Group and originally posted at: ​​​​​​​​​​​https://www.blacktowerfm.com/news/674-managing-your-wealth-through-brexit-in-sweden