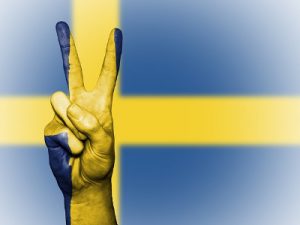 Expats are in many ways the most forward-thinking of global citizens; living abroad shows a desire to embrace something more complex than a simple national identity and way of life. Yet, at the same time, it is also the most ancient act; humans began as nomads and then migrants, so being on the move is part of our species\’ natural curiosity.

But there is more to being an expat than simply picking a destination on the map and moving there. By looking at all the available options and factoring in the many variables, people have an opportunity to make the most of their prospects and to enjoy the richest and most varied life possible.

Fortunately, this is what most expats do: the most recent HSBC expat explorer survey found that a move abroad adds around USD21,000 to the average salary, with some countries offering even more. For example, Switzerland, which has long been a destination of choice for the globally minded expat, boosts income by an average of USD61,000 a year.

However, money is not the only consideration for expats. Switzerland may have topped the expat income charts, but \’economics\’, \’experience\’ and \’family life\’ were factored into the equation it was placed behind Singapore, New Zealand, Germany, Canada, Australia, Bahrain and Sweden.

Sweden\’s appearance on the list is no surprise. For expats in Sweden, wealth management options are just one of the country\’s many draws; it is also one of the leading places in the world for gender equality and came in at first place in terms of the opportunities for family life.

The study revealed that, globally, women still face more professional and wealth management challenges than men. Although becoming an expat increases a woman\’s income by nearly 30 per cent, the income of expat women was still lower than their male counterparts by around USD42,000. However, in Sweden, this expat wealth management gender disparity was not so marked.

Blacktower is an established wealth manager and has been serving the needs of its clients for more than three decades. We have a detailed understanding of all the country-specific and cross-border tax and asset issues that affect you. For more information about wealth management in Sweden and or any of our other locations contact us today.

​​​​​​​​​The above article was kindly provided by Blacktower Financial Management Group and originally posted at: ​​​​​​​​​​​https://www.blacktowerfm.com/news/631-wealth-management-not-the-only-expat-concern