Anyone like the sound of living in Italy and paying only 7% tax?

Generally speaking, if you are contemplating the move to Italy you will be thinking about many things, but saving on your tax probably isn’t one of them. So let me give you a nice surprise: if you are in the happy situation of being a pensioner considering moving to Italy, 7% tax on your income is possible, subject to a few rules, for the first 10 years of your residency in the bel paese.

This all came about in 2019’s budget and had the aim of encouraging people to move to underpopulated areas of Italy. Initially, the rules were that you had to take up residency in a town with fewer than 20,000 inhabitants in one of the following regions: Abruzzo, Basilicata, Calabria, Campania, Molise, Puglia, Sardinia or Sicily. Subsequently, the criteria were extended to include towns in the regions of Lazio, Le Marche and Umbria that had suffered earthquake damage and which have fewer than 3,000 inhabitants.

Of course, being Italy, something had to be difficult in all of this, and indeed the law makes reference not to a list of towns but instead tells you to look at ISTAT data (ISTAT is the Italian statistical institute) for the population levels on 1st January in the year prior to when you first exercise the option. 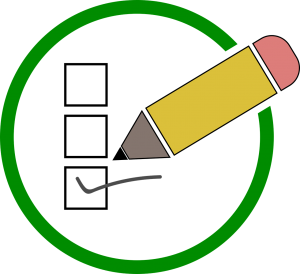 Given the difficulty in finding out exactly which towns would be covered by this rule, I delved into the ISTAT data and also dug out the relevant references to earthquake-struck towns with fewer than 3,000 inhabitants in the other regions mentioned above. I have put all of this in an Excel file which gives a list of towns eligible for the pensioners’ tax break in Italy divided by region and then further by province, so that you have a rough geographical guide as to the areas you could consider moving to Italy.

As I was sifting through the ISTAT data it suddenly dawned on me that if the cut-off is 20,000 inhabitants, then almost the whole of Southern Italy is eligible for this 7% regime, and you can include in that some truly delightful places such as Vieste in the Gargano (Puglia), or even the island of Pantelleria. This is possible because Italy is divided up into municipal areas that sometimes have more feline than human inhabitants. Obviously, if you are looking for raucous nightlife then you are likely to be disappointed by what is on offer, but if, on the other hand, you like the idea of not having too many people around, then you could do worse than the town of Castelverrino in Molise (population 102) or Carapelle Calvisio in Abruzzo (population 85). Perhaps one day you could even become mayor.

This new flat-tax regime comes amid a move by a number of European countries to attract pensioners to their shores. Portugal offered a period of exemption on income tax for foreigners (the benefits of which they are now reducing) and Greece has recently announced the intention to offer a 7% flat tax on foreign-source income for pensioners (I wonder where they got that idea from?), which is also promised for 10 years. There is some discussion about the fact that the EU is not generally well-disposed towards these preferential tax regimes, which could lead to them being phased out in a relatively short period of time – so for those looking to make the most of them, time could truly be of the essence. 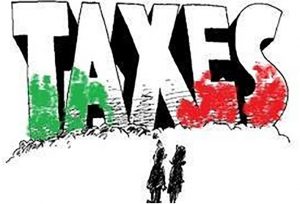 The great thing is that the 7% rule applies not only to your pension income, but can be applied across the board to any foreign-source income and there is also a substantial reduction in the complexity of the tax declarations that must be made. There are further tax-planning opportunities in all of this, because much will depend on whether you are planning on being a short-term or long-term resident of Italy.

As always, the devil is in the detail as far as tax and residency planning is concerned, and the year of transition when you first establish residency in Italy is key to setting yourself up in the most efficient manner.

​​​​​​​​​The above article was kindly provided by Andrew Lawford from The Spectrum IFA Group​ and originally posted at: ​​​​​​​​​​​https://www.spectrum-ifa.com/tax-break-for-pensioners-moving-to-italy/