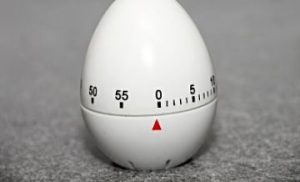 Despite the protestations of expats in the Netherlands, expat financial advisers and business leaders, the Dutch cabinet recently announced that it would proceed with plans to reduce the favourable 30% expat ruling from eight to five years.

However, there will now be a transitional period for certain expatriates, meaning they will have time to consult their expat financial advisers in the Netherlands to take the necessary tax planning steps to adjust to the new landscape. Nevertheless, there are still a number of consequences associated with changes to the 30% tax break that need to be explored. Here we will attempt to bring some clarity to those who may be affected by the new rules.

There are various circumstances in which the question of whether an expat receives benefit from the 30% ruling might simply come down to planning. For example, if a worker is coming towards the end of the period during which they are entitled to the 30% tax-free allowance and are also due a bonus, they may be able to talk to their employer in order to arrange to receive the bonus before the end of the qualifying period.

The 30% ruling applies only to income paid during the five-year period. This means that even if the bonus is for work performed during the employee\’s qualifying period, if it is paid after the end date, it will be taxed at the full rate – without the benefit of the 30% exemption. Employees who face this or a similar type of situation should talk to their employer about the possibility of bringing any such payment forward so that it falls within their exemption period.

Any expat who is entitled to 30% ruling status has the option of being treated as a partial non-tax resident. This can confer tax benefits on various types of worldwide income, including that which is derived from investments.

With the reduction of the 30% ruling period from eight to five years, on expiry of the five-year period all foreign assets will attract tax inside the Netherlands – the exception will be where double tax treaties allow otherwise.

Blacktower can help you structure your wealth

The shortening of the 30% ruling is not good news for expats in the Netherlands. However, there are various ways expats can structure their wealth to ensure they retain as much of their income as possible – for example, if your spouse also enjoys 30% ruling status but this ends at a later date, you may be able to put certain assets in their name.

If you would like help structuring your wealth and building a long-term strategy for your finances and retirement income, talk to Blacktower\’s expat financial advisers in the Netherlands today.

​​​​​​​​​The above article was kindly provided by Blacktower Financial Management Group and originally posted at: ​​​​​​​​​​​https://www.blacktowerfm.com/news/646-expats-and-the-30-ruling-in-the-netherlands