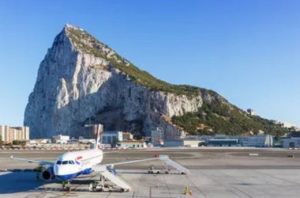 Located at the Southern tip of the Iberian Peninsula, the British overseas territory of Gibraltar looks South over the confluence of the Mediterranean Sea and the Atlantic Ocean. This small but strategically important isthmus of land, is home to over 32,000 people in just 6.7 km2 (2.6 miles2) of land. As a British crown dependency, the laws and language are those of the United Kingdom, but Spanish is also widely spoken along with the hybridised form of the two known as Llanito. Due to its location and close links with the UK, Gibraltar has long been a favoured destination by British expats looking for sunnier climes and an attractive tax regime. Although it’s not quite as well-known as some other offshore territories such as Monaco and the Cayman Islands, Gibraltar tax rates make it a very attractive choice for anyone looking to relocate within easy striking distance of the UK and Western Europe.

The tax year in Gibraltar runs from 1st of July until 30th June the following year – the standard rate of tax for resident individuals is 20%. Tax residency is conferred on any individual who is resident in Gibraltar for a period of at least 183 days in the period of a year, or in excess of 300 days in three consecutive years. Along with tax residency, a number of other key benefits are granted as standard. Gibraltar has no capital gains tax (CGT), and no inheritance tax, although residents may still be liable to for these in their country of origin. No tax is charged on interest accrued through savings, or on dividends originating from companies quoted on a recognised Stock Exchange. Any pension income within a Gibraltar QNUPS or QROPS can be limited to a flat rate of 2.5% making Gibraltar a great option for pensioners. And finally, there is no VAT or wealth tax.

Is Gibraltar a tax haven?

All of the previously mentioned factors are enough to set Gibraltar apart as a location with many benefits, but there are key features of Gibraltar’s tax regime that make it an extremely attractive proposition for High Net Worth Individuals (HNWI) as well. Under a scheme known as Category 2 Residency, qualifying individuals are only liable to pay tax on the first £80,000 of their worldwide income, which at current rates translates to approximately £28,000. It should be noted however that under the terms of Category 2 Residency, the individual will be liable to pay a minimum of £22,000 per year regardless of their earnings.

In order to qualify for Cat 2 residency an application must be made to the Finance Centre Director of Gibraltar accompanied by two references (one of which must be from a bank) along with a non-refundable fee of £1,000. The individual must not have been resident in Gibraltar in the preceding 5 years, and should have approved residential accommodation available to them during the qualifying year for the exclusive use of themselves and their family.

For High Net Worth Individuals, the rate of income tax in Gibraltar is an extremely compelling reason for seeking out Cat 2 residency. If all the above criteria are met, a certificate will be issued within approximately 2 weeks of application and all benefits will be extended to the qualifying individual. Although there are qualifying factors regarding year-long access to exclusive accommodation, there is no requirement for physical presence in Gibraltar outside of the 183 days per year stipulation.

A Gibraltar tax haven is a very real possibility for those with the means to qualify. With solid economic growth and a stable political system, it has a great deal to offer those looking for beneficial tax  regulations.

The above article was kindly provided by Blacktower Financial Management Group and originally posted at: https://www.blacktowerfm.com/news/807-the-tax-advantages-of-living-in-gibraltar