Much has been written and said on this subject, particularly in many of a 19th hole. There is a fundamental difference between the two:

– The UK Inheritance Tax is upon the deceased’s estate

– The Spanish Succession Tax version is upon the inheritors

UK Inheritance Tax Liability is on the worldwide estate of the deceased and all global assets are assessed and ‘gathered together’ for the purpose of probate. Once fully quantified and valued, the tax is levied at a (current) rate of 40%. There is a nil rate band of (currently) £325,000 estate value below which no tax is payable. The tax has to be paid BEFORE the estate is distributed.

There are some essential measures one can take to either mitigate or avoid these liabilities.

One of the best and most effective is the use of (Spanish compliant) investment bonds. In Spain for example, Succession Tax is payable on assets passing between spouses (this is unlike the UK where assets can pass between them untaxed). Where an investment bond is jointly owned, the deceased’s half can pass to the spouse untaxed.

An even greater advantage is that the bond can pass down the generations with the possibility of continuing investment growth free of both UK Inheritance Tax and Spanish Succession Tax. For as long as the policy holders and lives assured continue to be appointed, the bond will continue and each generation of policy holders can enjoy capital withdrawals on both a regular or intermittent basis. Thus all inheritance tax is avoided by an unlimited number of generations.

Furthermore, should a Spanish resident bond owner pass away and their beneficiaries are non residents of Spain, there would be no liability to Spanish Succession Tax because the bond is also domiciled outside of Spain (e.g. Dublin). 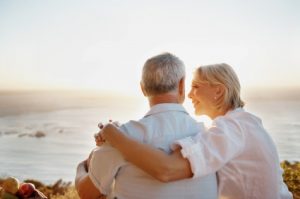 For the moment, Spanish Succession Tax in the region where I live (Andalucia) is virtually non existent. There is a €1m allowance between close family members, providing their individual existing wealth does not exceed that figure. The remaining assets are also liable to a 99% exemption.

These two taxes are the only ones not included in the UK/Spain Double Tax Treaty. However, there is an unwritten rule that if it has been paid in one country, then it will not be charged again by the other. To my certain knowledge, this informal agreement has always been observed.