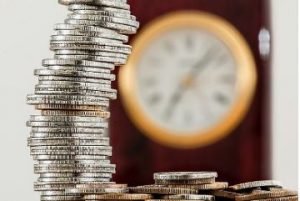 HSBC and The Local Government Pension Scheme are the latest Defined Benefit Pension Schemes to cause upset and worry to thousands of soon-to-be retirees.

Firstly, HSBC has come under fire for cutting the pension payouts of its former staff by up to £2,500 a year, affecting 50,000 members who joined the company between 1975 and 1996. This group had opted to pay less national insurance (NI) contributions whilst working by contracting out of the former state pension scheme. This meant that HSBC also paid less NI contributions. In exchange for paying a lower rate, the bank agreed to pay staff a guaranteed minimum pension when they came to retire. Payment records were however not properly maintained leading pensioners to be either overpaid or underpaid. Numerous firms, including HSBC, had used this arrangement and when the errors were discovered, some began to cut pension payouts to compensate for the overpayment.

HSBC is now following suit by cutting the pension payments to affected ex-staff. Experts have said employees often did not understand the terms offered at the time and are now unprepared for the large cut in their pension instalments. MPs have said HSBC is profitable and can afford to stop these clawbacks from pensioners, although the company has no legal obligation to do so.

In a second case, members of one of Britain’s largest defined benefit pension schemes face a temporary ban on moving their retirement money while the Government works out how much their funds are worth. The Local Government Pension Scheme (LGPS) covers 14,000 employers and has five million members. The government has declined to give a deadline for the ban, leaving soon-to-be retirees in limbo, although they will eventually be better-off. Unlike most defined benefit public sector schemes, including the NHS, pensioners in the fully-funded LGPS had been able to transfer out in order to withdraw their money with fewer restrictions under pension freedom rules. Transfers have been suspended because of Government plans to change the calculation used for employer contributions into public sector schemes, announced in the Budget in October. A slower growing economy makes these public sector defined benefit pension schemes more expensive, meaning the schemes are more willing to give pensioners large lump sums to leave and transfer out. For now though, members cannot transfer and this is causing understandable frustration.

According to data from the Office for National Statistics, the UK’s gross pension liability across workplace and state provisions grew by £1 trillion in the last five years. A recent report also estimated that the aggregate defined benefit pension scheme deficit for companies in the FTSE350 index was around £35 billion at the end of June 2018. Whilst some schemes are still in surplus, they are few and far between. It is unsurprising therefore that more and more people are utilising their pension freedom rights by transferring out of such schemes and into either Self Invested Personal Pensions (SIPPS) or Overseas Schemes (QROPS). Transfer values are often 20-30 times the annual pension value and by transferring, you are no longer in the hands of a scheme that can potentially not deliver what you thought was guaranteed.

At Blacktower, we are able to assist anyone who is a member of a defined benefits pension scheme and who has not yet commenced their pension payments. You may be pleasantly surprised by what your pension is worth by transferring out – we are here to help you make the right decision.