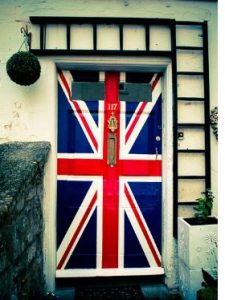 For the first time in a decade, rents across the UK fell in 2018, which is good news for many. Is this, however, the end of ‘easy money’ for landlords and those using property as an investment vehicle to generate income?

According to ‘The Guardian’, data from the Deposit Protection Scheme – a government-backed group that supervises tenancy deposits – confirmed rents fell on average by 1.2% last year. The biggest percentage fall was in Yorkshire, where the average rent dropped by 3.6%. According to the Residential Landlords Association, demand from EU nationals had certainly slowed and they are witnessing a shrinking investment in the sector because of the extra taxes being levied on landlords. Demand is seen to be slowing especially in London, as more people leave the city, which makes up a considerable proportion of the private rental market in the UK. All of which is likely to be having a downward effect on rents.

For property investors, not only have they typically seen their rental income drop in 2018, but, as Brexit uncertainty continues, house prices in some of Britain’s richest areas have had up to a quarter wiped off their value in a year, according to the estate agent, Your Move.

Meanwhile, data from Rightmove has revealed that the average asking price of a London home had fallen below £600,000 for the first time since August 2015, and was well below its peak of £650,000 just prior to the Brexit vote in 2016. The Royal Institution of Chartered Surveyors recently announced that house prices were falling at their fastest rate in six years, with sales predicted to be at their weakest in 20 years. They further suggested that London is the area most affected by Brexit uncertainty, given the influence of wealthy foreign buyers, and Your Move said there had been big falls in a few key boroughs at the top of the market. The average house price in Kensington and Chelsea, the UK’s most expensive place to buy a home, dropped by more than a fifth during the last 12 months, from £2.25m to £1.77m.

So, if you are a property investor, 2018 was a bad year as you will have likely seen not only a drop in rental income but also a fall in the capital value of your asset. As we well know, property is an illiquid asset so you should always ensure you have substantial wealth elsewhere as a back up and not rely on your property investment should you require access to your capital. But what are the alternatives for investors as interest rates remain low and unlikely to rise to levels similar to that which property can potentially yield?

The two main investment classes we are used to are bonds and equities. Certain UK bond funds are still yielding in the region of 4-4.5%. Bonds offer instant liquidity and whilst the capital value can fluctuate, they offer a lot less volatility that property prices. After the recent correction in equity prices, dividend yields have increased in many cases. Vodafone for example now pays a dividend of 8.8% (source: dividenddata.co.uk). Investing into an equity fund that holds shares such as Vodafone but is actively managed is therefore a very attractive option as not only will you receive a good level of income but you can also potentially see capital appreciation if the basket of shares increases in value.

In summary, UK property is losing its appeal as an investment opportunity and more liquid, high yielding and less volatile options are available.

The content of this article is for information purposes only and does not constitute advice. Investment products are subject to investment risks, including possible loss of some or all of the principal amount invested. Past performance is not indicative of future results, investments can go down as well as up.

​​​​​​​​​The above article was kindly provided by Mark Hollingsworth, Regional Manager, Malta from Blacktower Financial Management Group and originally posted at: ​​​​​​​​​​​https://www.blacktowerfm.com/news/661-uk-property-still-a-good-investment